Sales of New Commercial Vehicles in Europe rose 88.1% in March 2021

Sales of new commercial vehicles reached 274 thousand in March 2021 in the enlarged Europe (EU plus Iceland, Norway and Switzerland), according to ACEA. This is 88.1%, or 128 thousand more than in the previous year. 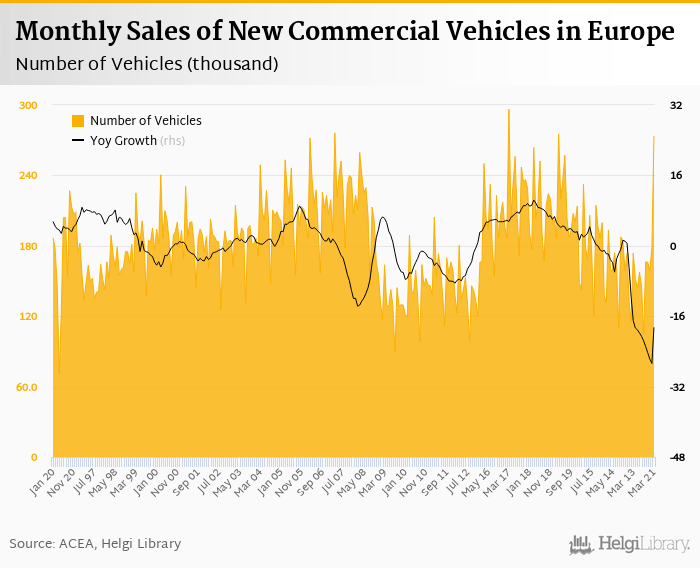 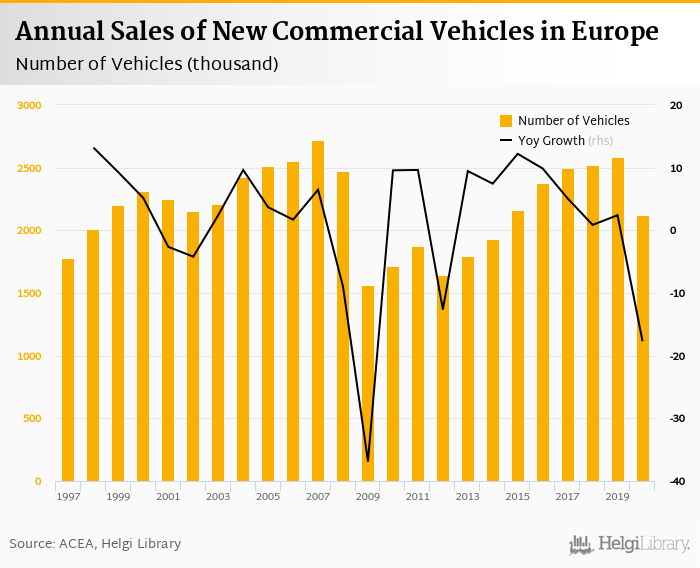 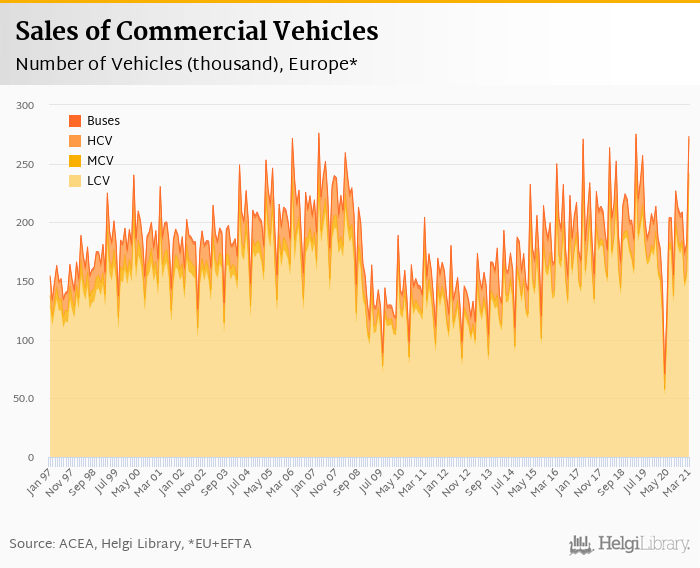 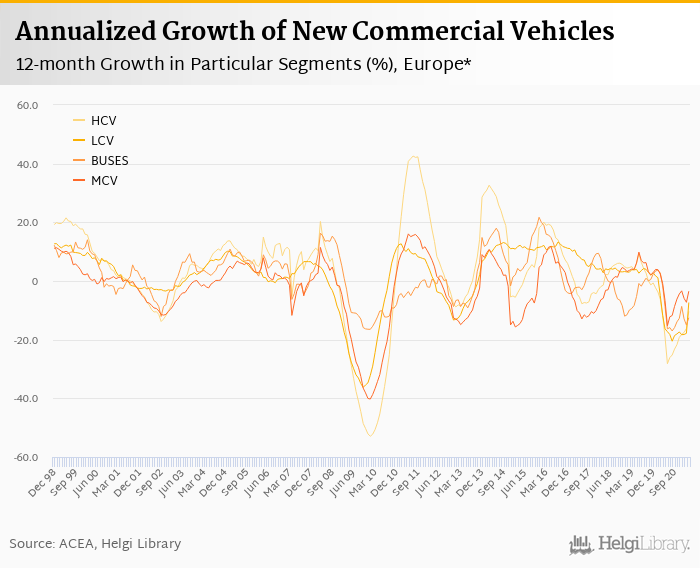 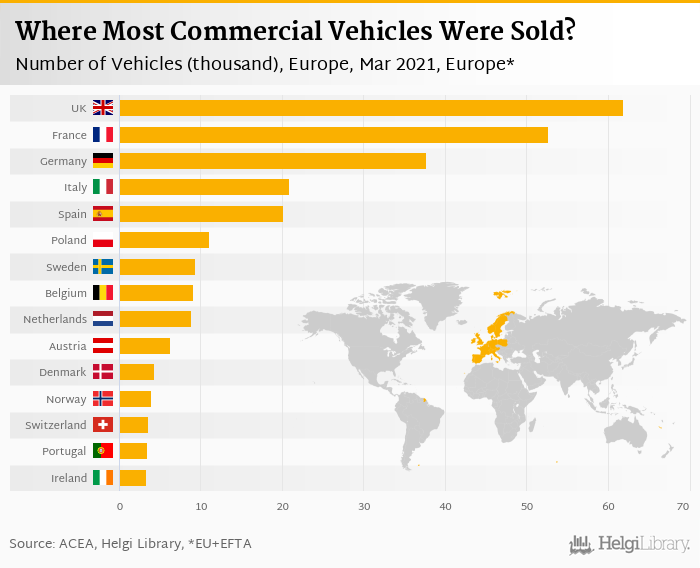 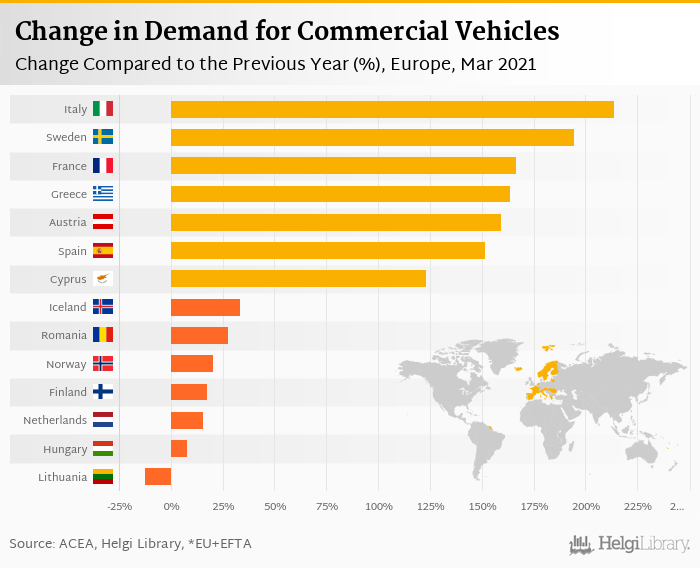 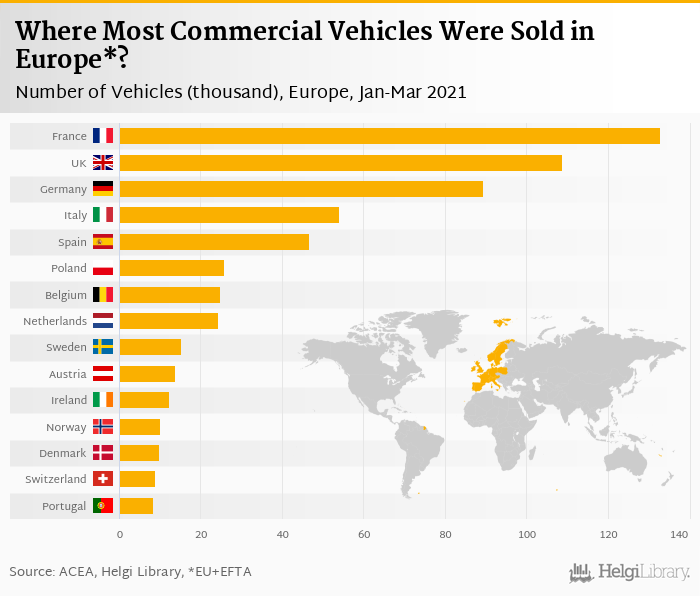 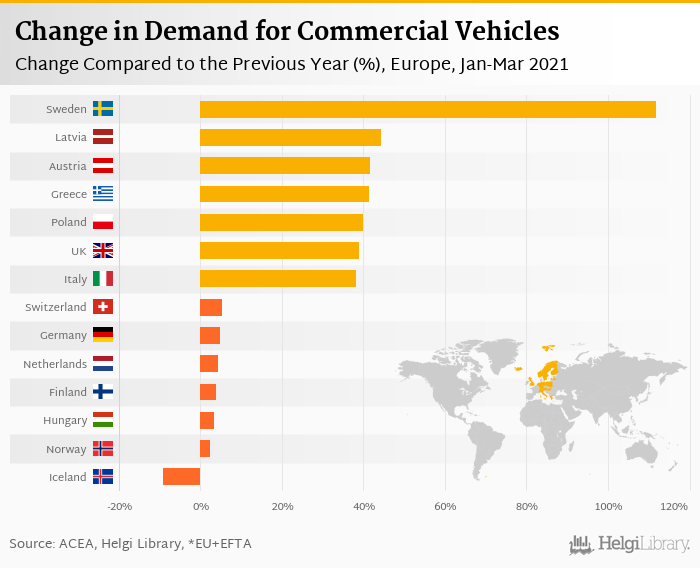 The table below shows details of the sales of new commercial vehicles for each of the European countries in the last month and since the beginning of the year. 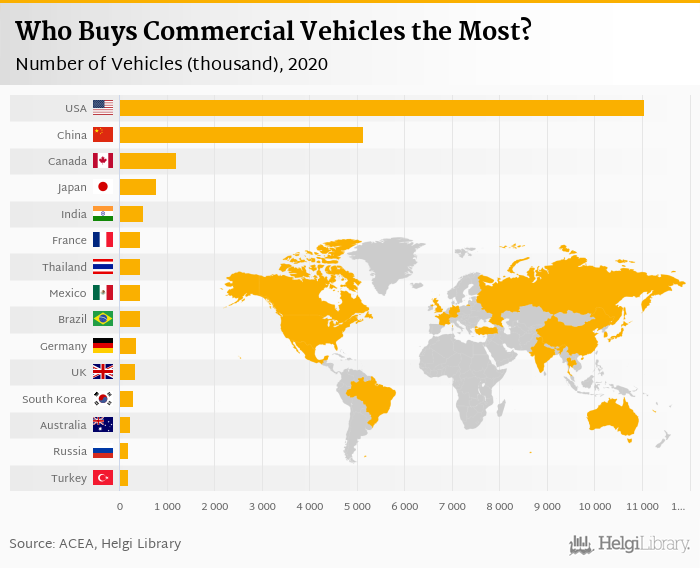 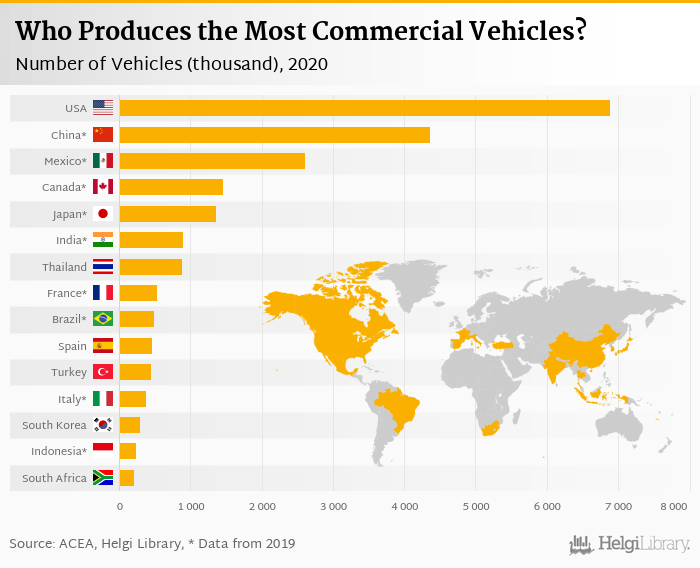 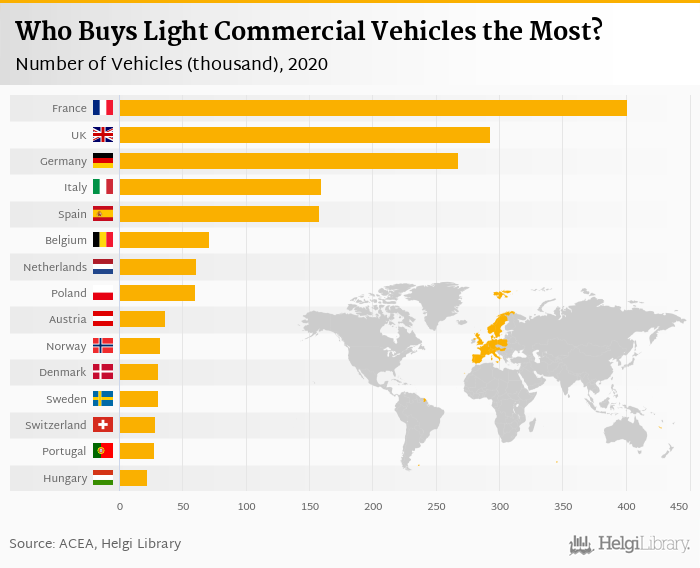 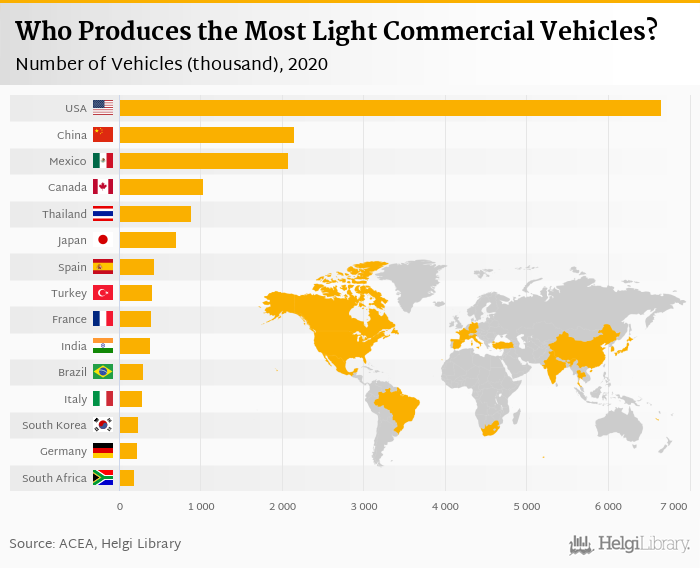 In terms of medium commercial vehicles, Germany ranked the highest with 24.5 thousand vehicles sold followed by UK and France in 2020. 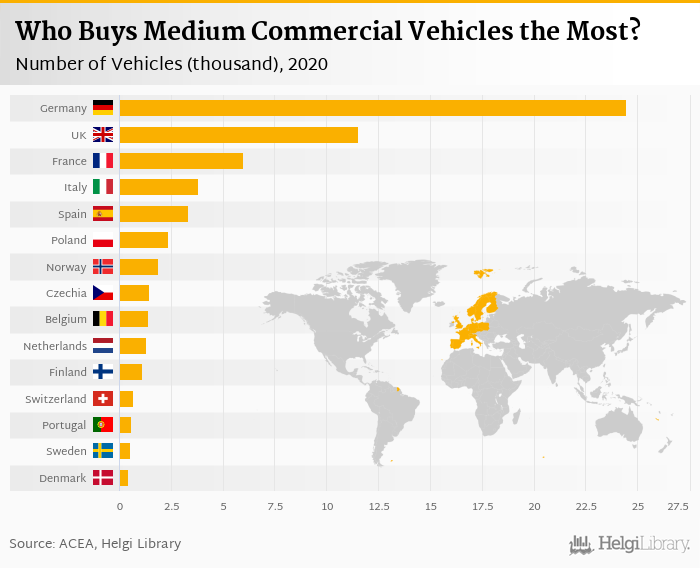 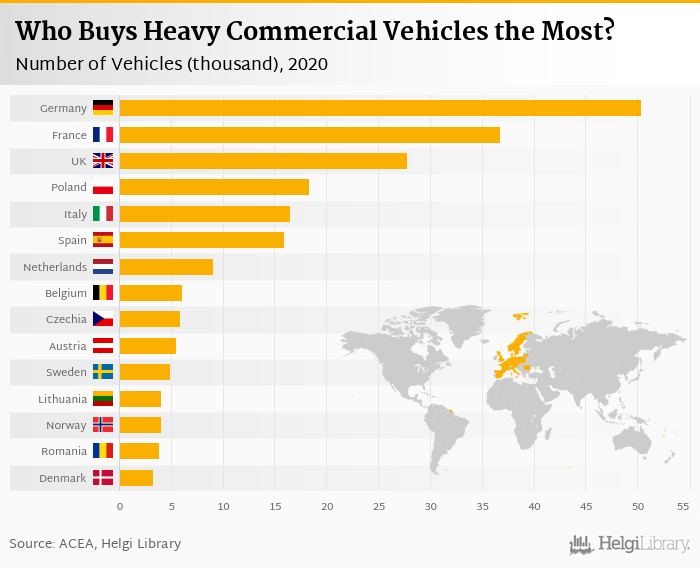 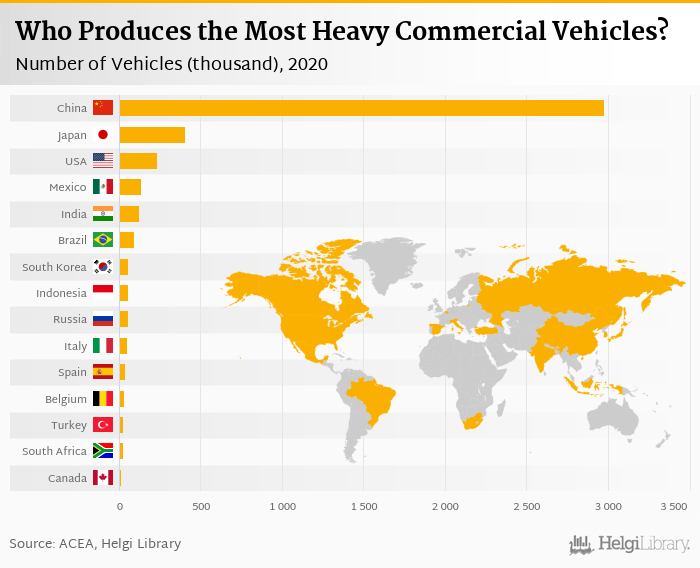 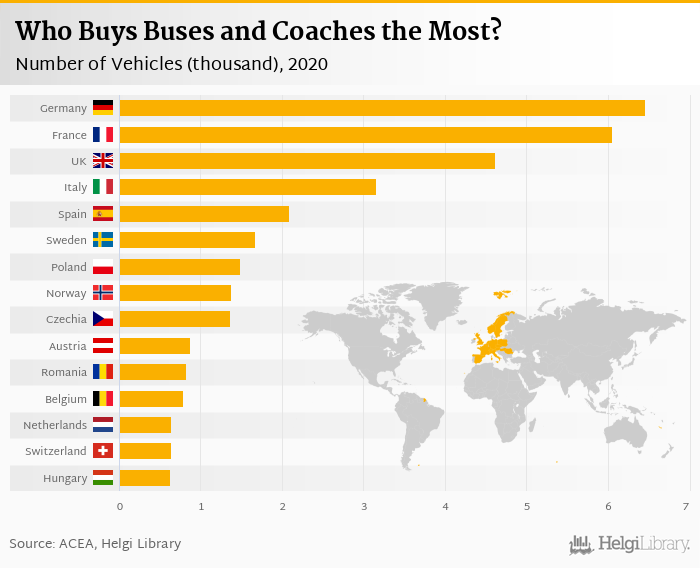 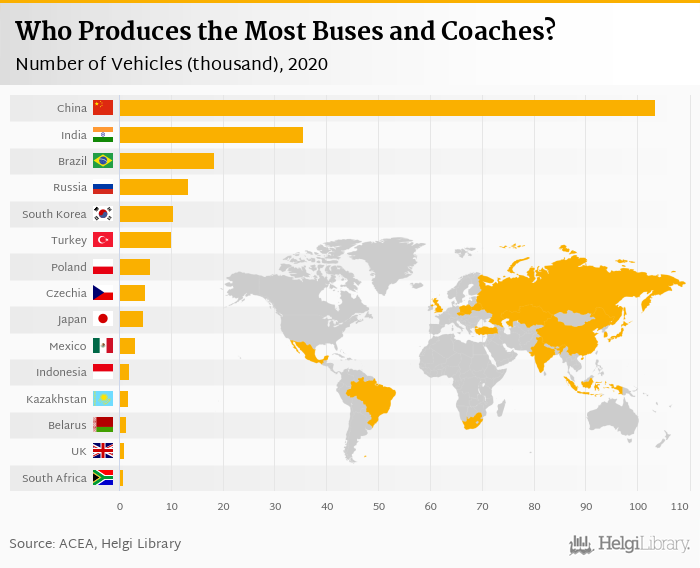 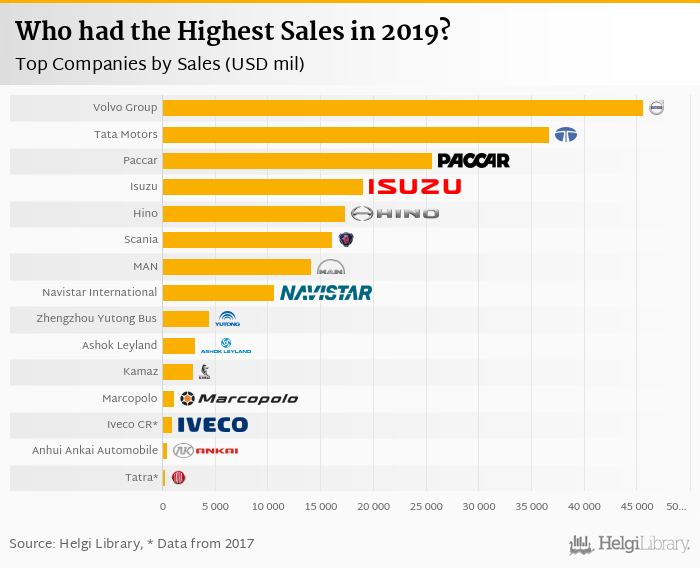 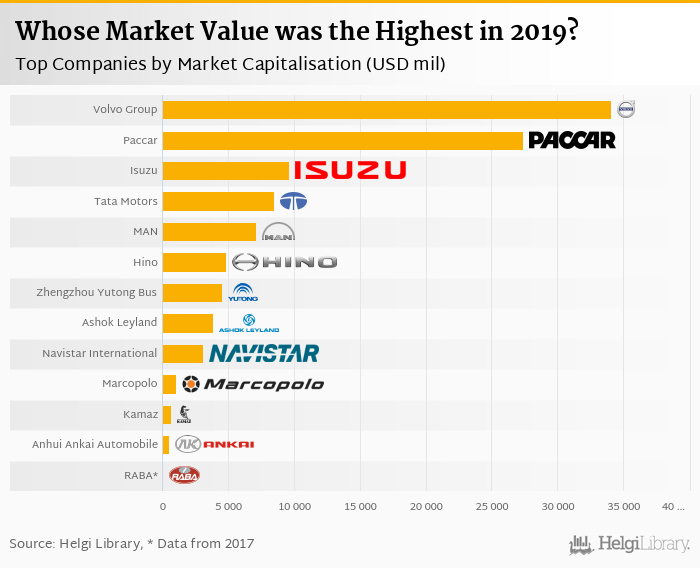 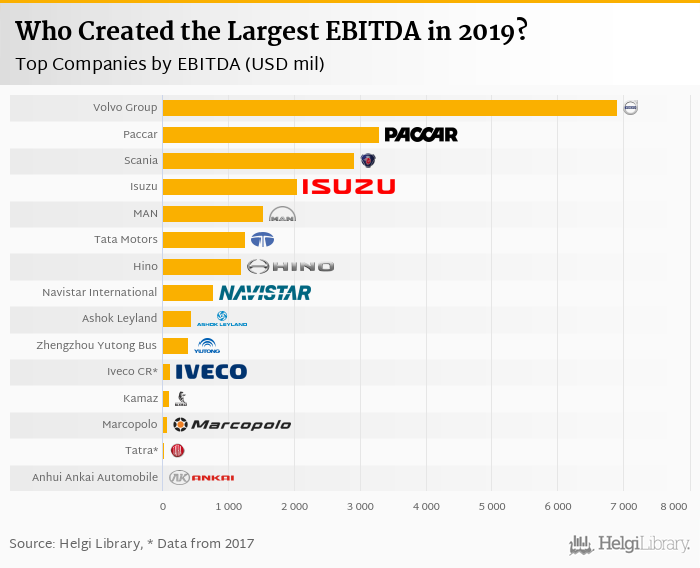 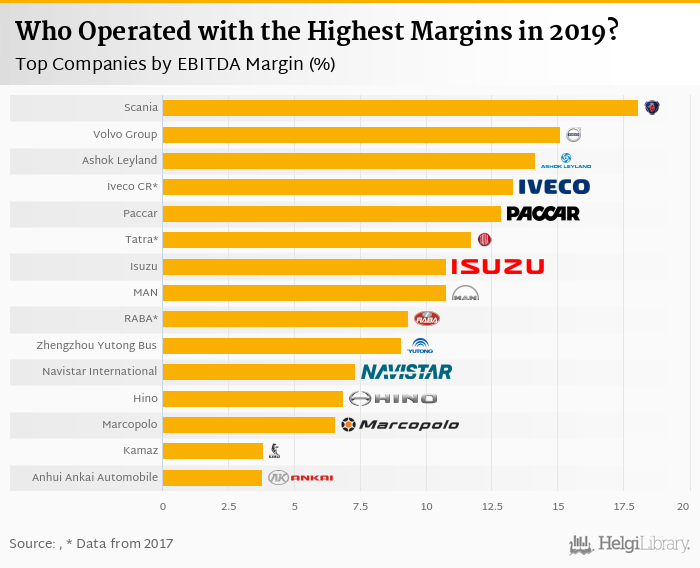