Change in Sales by Brand 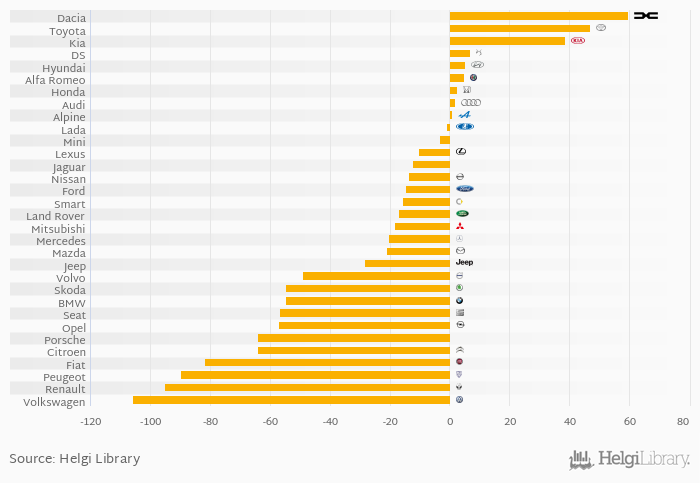 In November, most vehicles (261 thousand) were sold in Germany, followed by the United Kingdom (143 thousand), France with 134 thousand cars, 120 thousand new vehicles were registered in Italy and 73.2 thousand in Spain.

In terms of particular brands, Volkswagen stands out as the most favorite brand accounting for 1,079 thousand sold vehicles, or 10.6% of all new passenger cars sold on the European market in November 2022. In terms of momentum, Toyota gained the most in terms of market share in the first month of the year 2022 (up 0.834 bp) followed by Kia and Audi. Peugeot and Citroen were on the other end of the market spectrum losing -0.500 bp and -0.391 bp respectively. 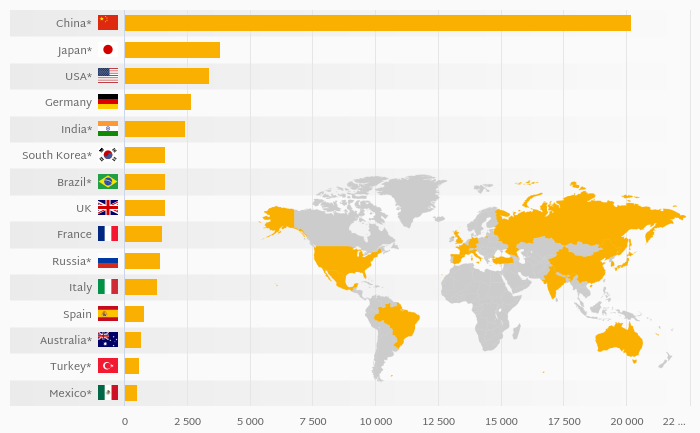 Which Country Sells the Most Passenger Cars?