Home » Charts » Flat Or House? That Is The Question!

Flat Or House? That Is The Question! South-East Europeans prefer detached houses, on the other hand.The highest share of the population live in detached houses in Croatia (73%), Slovenia (67%), Hungary (64%) and Romania (61%).

Czechs belong to the flat-dwellers with more than 52% of population using this type of housing at the end of 2012.

When looking at the newly built dwellings, however, it's clear the ratio of flat-dwellers will be declining. While houses formed less than 40% of new dwellings built in the 1990's, it was more than 60% in 2013, according to the Czech Statistical Office. 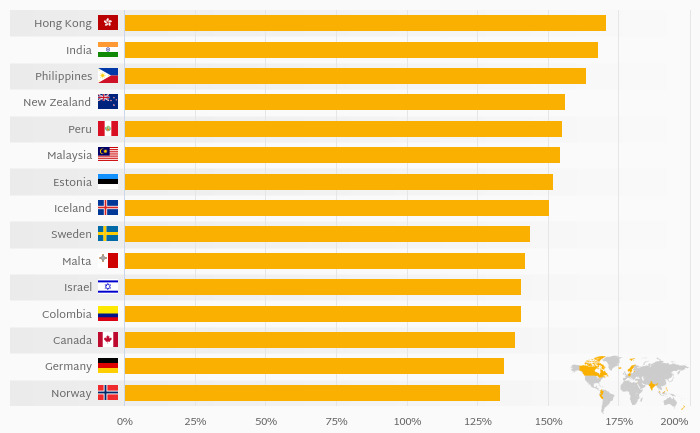 Where Residential House Prices Grown the Most Since 2010?