Gross capital formation reached 4,982 USD bil in 2008 in Myanmar, according to the National Statistical Office. This is 28.5 % less than in the previous year.

Myanmar has been ranked 102nd within the group of 170 countries we follow in terms of gross capital formation.

Measures the value of acquisitions of new or existing fixed assets by the business sector, governments and "pure" households (excluding their unincorporated enterprises) less disposals of fixed assets. 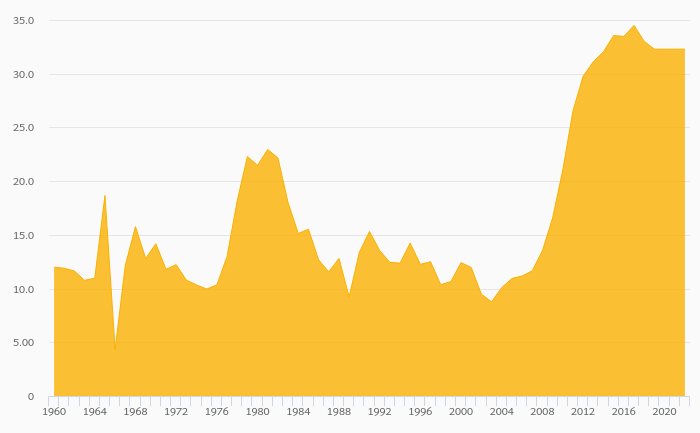