Home » Charts » How Many Live with HIV & Die from AIDS

How Many Live with HIV & Die from AIDS Charlie Sheen, a U.S. actor, went public about his HIV-positive status just two weeks before we remind ourselves about the designated World Day of AIDS, on 1 December every year since 1988. Globally, an estimated 36.9 million people were living with HIV in 2014, and 2.6 million of these were children. Is AIDS Entering a Better Age? Read some more facts about AIDS.

- An estimated 34 million people have died from AIDS-related causes so far.

- In 2014, approximately two million people were newly-infected with the virus and 1.2 million died from AIDS.

- At the height of the AIDS crisis from 1990, almost 3.7 million people were diagnosed with HIV per year.

- Around 2005, the annual number of deaths from AIDS began to slow because of both increased antiretroviral treatment (ART) and a reduction in the rate of HIV infection.

- Elimination of mother-to-child-transmission is becoming a reality. In 2014, just over 7 out of 10 pregnant women living with HIV received antiretroviral drugs worldwide.

- HIV prevalence continues to be highest in Sub-Saharan Africa. 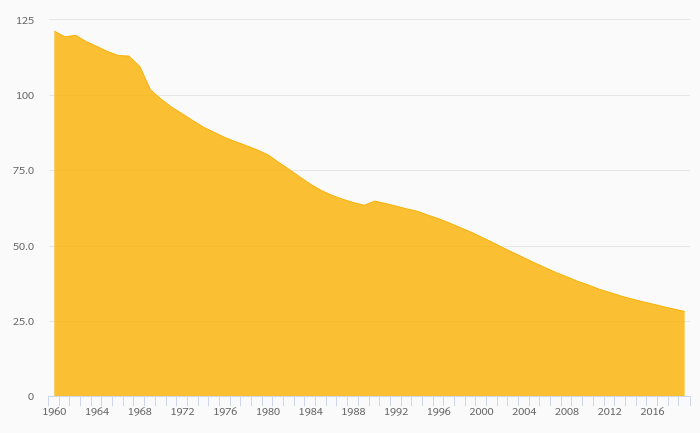