Home » Charts » How Many People Used Internet Around the World in 2015?

How Many People Used Internet Around the World in 2015? Despite the rapid rise in the number of people online, there are still significant differences between the richest countries and the rest of the world, as reported by The Pew Research Centre.

The researchers found that in 2013, a median of 45% across 21 emerging and developing countries reported using the Internet at least occasionally or owning a smartphone. In 2015, that figure rose to 54%, with much of that increase coming from large emerging economies such as Malaysia, Brazil and China.

By comparison, a median of 87% use the Internet across 11 advanced economies surveyed in 2015. This represents a 33-percentage-point gap compared with emerging and developing nations.

While Internet access has been rising in emerging and developing nations, those worldwide, who have Internet access are voracious users. Roughly three-quarters of adult Internet users across the 40 countries surveyed in 2015 say that they use the Internet at least once a day, with majorities in many countries saying that they access the web “several times a day.”

Once online, 76% of Internet users across the 40 countries surveyed use social networking sites, such as Facebook and Twitter. And the most avid social networkers are found in regions with lower internet rates.

The gap between the richest countries and the rest of the world is closing but it still has a long way to go. 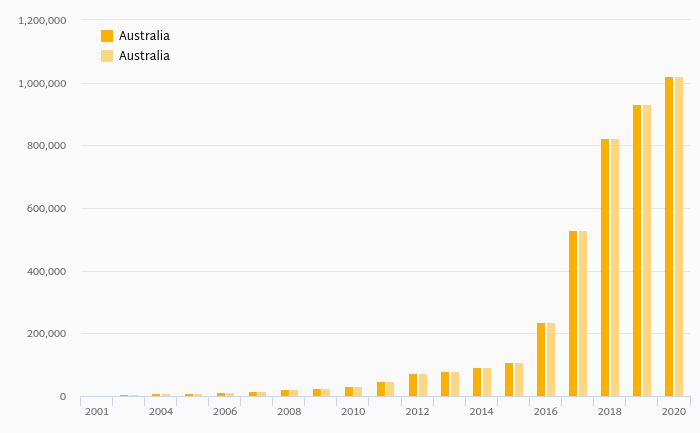 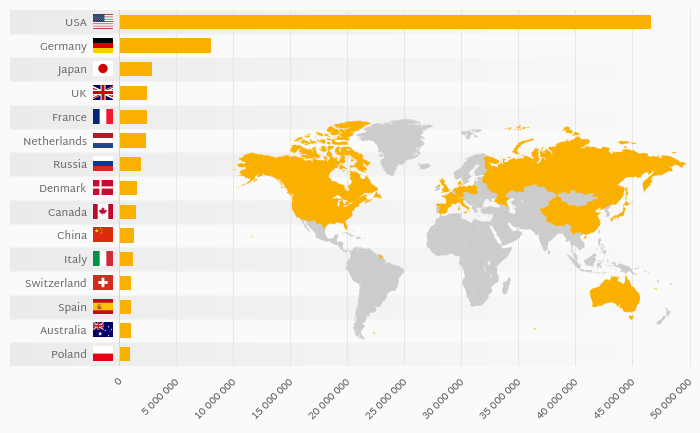 Which Country Has the Most Secure Internet Servers?