Where People Live the Longest? 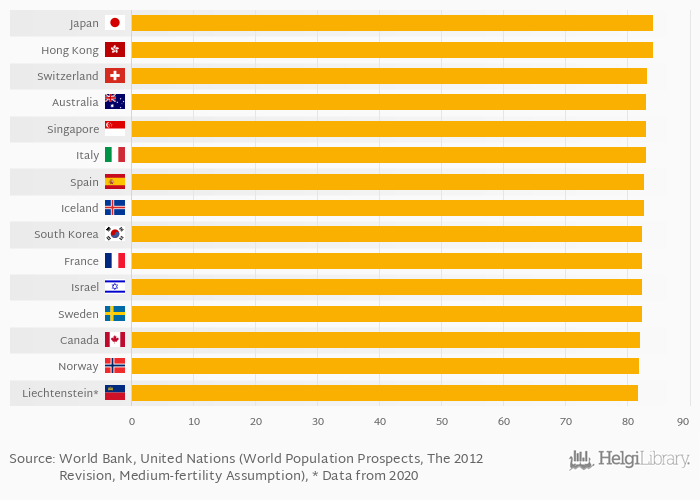 Based on a comparison of 176 countries in 2018, Hong Kong ranked the highest in life expectancy for both sexes with 84.0 years followed by Japan and Switzerland. On the other end of the scale was Sierra Leone with 46.2 years, Swaziland with 48.8 years and Botswana with 49.0 years.

Average life expectancy for both sexes reached 71.0 years in 2018 in the World according to the National Statistical Office. This is 0.198 % more than in the previous year and 2.01 % more than 10 years ago.

Data for more countries are available at Life Expectancy (Both Sexes) indicator page.