Home » Charts » Which Country Produces the Most Dry Chilli and Peppers?

Which Country Produces the Most Dry Chilli and Peppers? 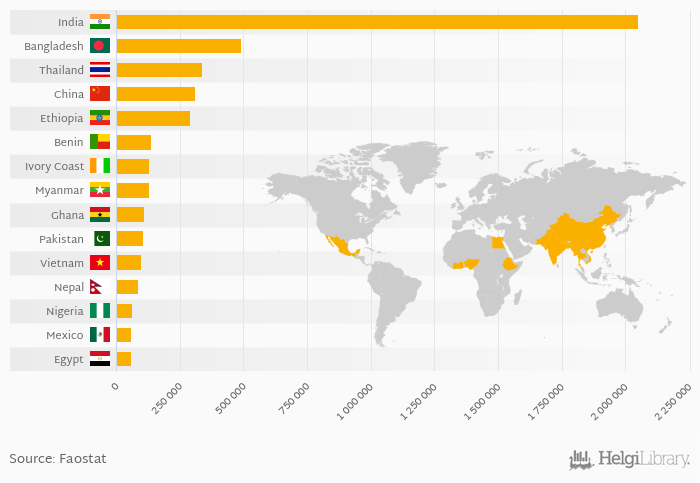 Based on a comparison of 63 countries in 2018, India ranked the highest in production of dry chilli and pepper with 1,808,011 tonnes followed by China and Ethiopia. On the other end of the scale was Papua New Guinea with 4.00 tonnes, Maldives with 10.0 tonnes and Central African Republic with 116 tonnes.

Data for more countries are available at Production of Chilli and Pepper (Dry) indicator page.