Home » Charts » Which Country Produces the Most Dry Skimmed Milk?

Which Country Produces the Most Dry Skimmed Milk? 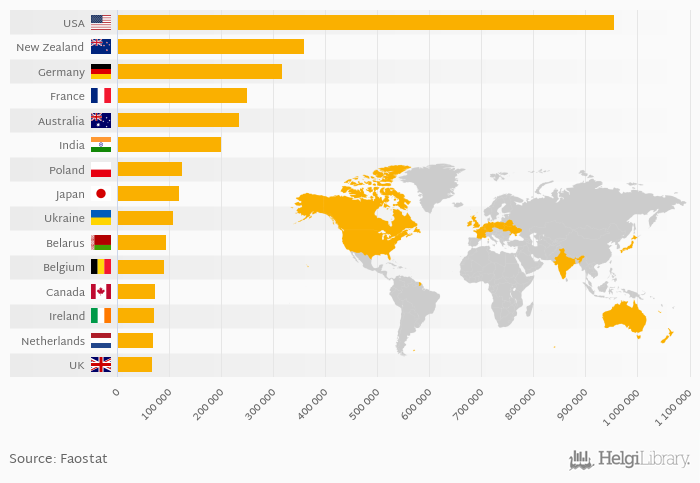 Based on a comparison of 55 countries in 2014, USA ranked the highest in dry skimmed milk production with 956,400 tonnes followed by New Zealand and Germany. On the other end of the scale was Moldova with 110 tonnes, Bosnia and Herzegovina with 150 tonnes and Honduras with 240 tonnes.