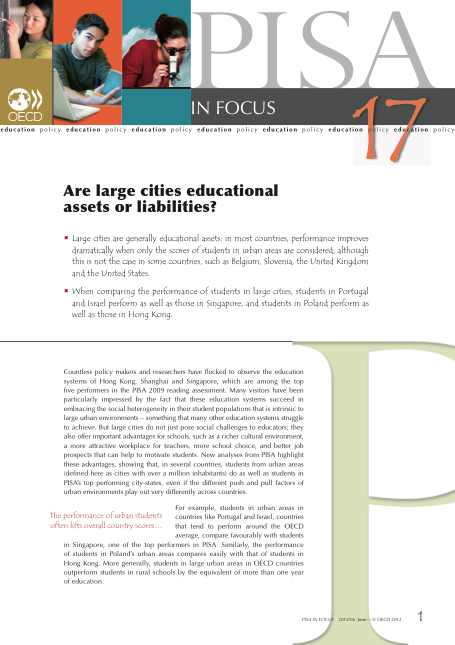 Large cities are generally educational assets: in most countries, performance improves dramatically when only the scores of students in urban areas are considered, although this is not the case in some countries, such as Belgium, Slovenia, the United Kingdom and the United States. When comparing the performance of students in large cities, students in Portugal and Israel perform as well as those in Singapore, and students in Poland perform as well as those in Hong Kong.
Education | World | June 15, 2012
Download
Excel Sheet, 4 pages

Download
Are School Vouchers Associated with Equity in Education?

Download
Is there really such a Thing as a "Second Chance" in Education?