Bernard Family Brewery at a Glance 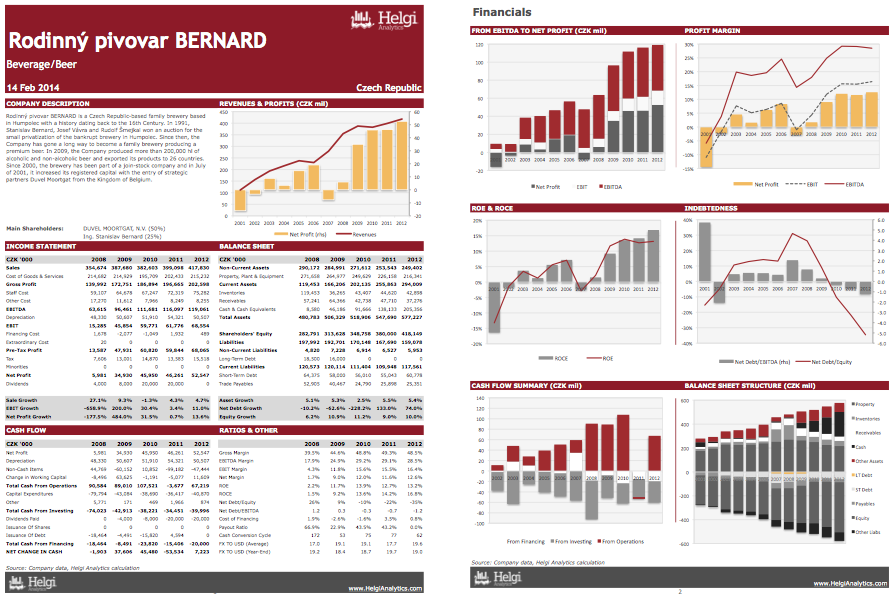 Rodinný pivovar BERNARD is a Czech Republic-based family brewery based in Humpolec with a history dating back to the 16th Century. In 1991, Stanislav Bernard, Josef Vávra and Rudolf Šmejkal won an auction for the small privatization of the bankrupt brewery in Humpolec. Since then, the Company has gone a long way to become a family brewery producing a premium beer. In 2009, the Company produced more than 200,000 hl of alcoholic and non-alcoholic beer and exported its products to 26 countries. Since 2000, the brewery has been part of a join-stock company and in July of 2001, it increased its registered capital with the entry of strategic partners Duvel Moortgat from the Kingdom of Belgium.