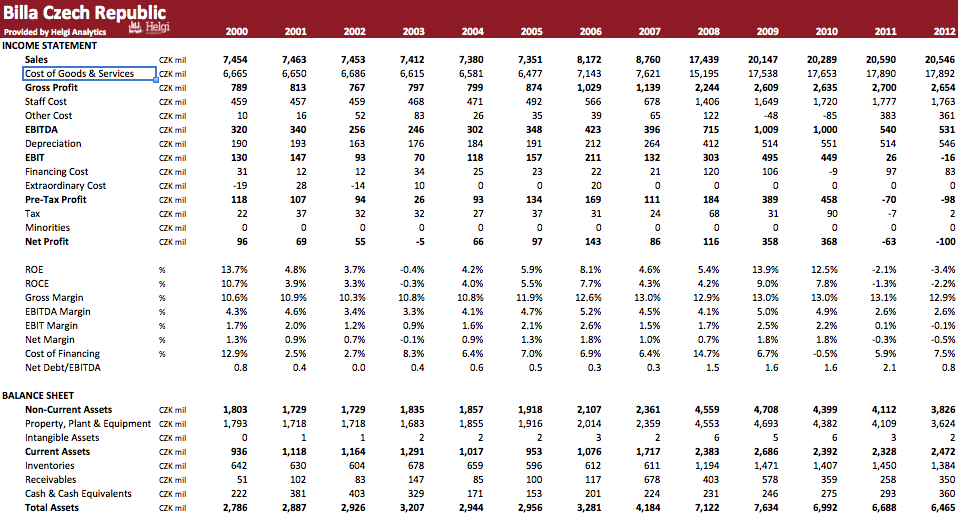 BILLA Česká republika is a Czech Republic-based subsidiary of an European supermarket chain BILLA. The Company has opened its first supermarket in the Czech Republic in 1991 in Brno. Since then, it increased the numner of stores to 206 and number of employees to over 6,000. BILLA has its origins in Austria, a market where the brand maintains its largest presence with more than 1,000 stores. The supermarkets' name is derived from a contraction of BILliger LAden, German for "inexpensive shop". BILLA is owned by Germany's REWE Group. In 2012, REWE Group operated in 14 European countries, achieved a turnover of nearly EUR 50 bil and employed about 327,600 employees.