Budejovicky Budvar at a Glance 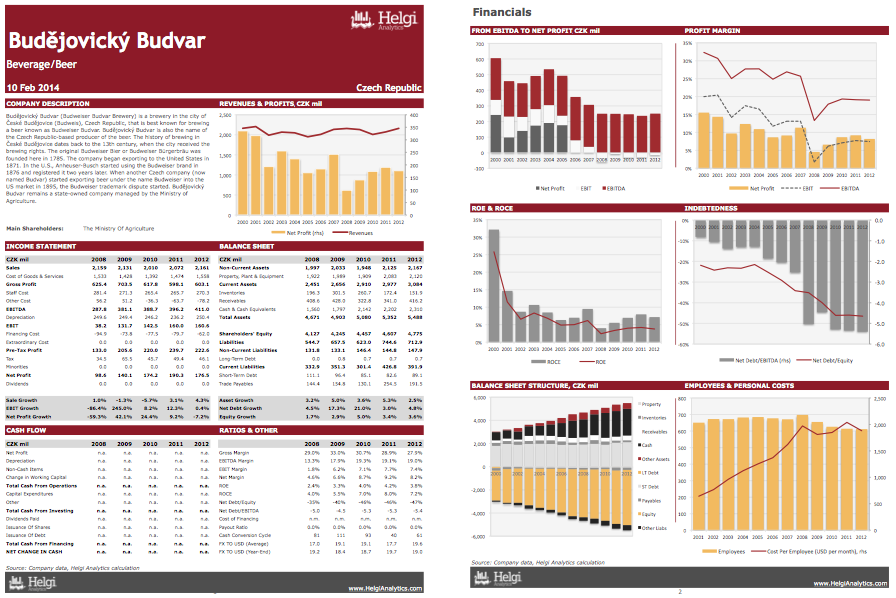 Budějovický Budvar (Budweiser Budvar Brewery) is a brewery in the city of České Budějovice (Budweis), Czech Republic, that is best known for brewing a beer known as Budweiser Budvar. Budějovický Budvar is also the name of the Czech Republic-based producer of the beer. The history of brewing in České Budějovice dates back to the 13th century, when the city received the brewing rights. The original Budweiser Bier or Budweiser Bürgerbräu was founded here in 1785. The company began exporting to the United States in 1871. In the U.S., Anheuser-Busch started using the Budweiser brand in 1876 and registered it two years later. When another Czech company (now named Budvar) started exporting beer under the name Budweiser into the US market in 1895, the Budweiser trademark dispute started. Budějovický Budvar remains a state-owned company managed by the Ministry of Agriculture.

This report offers a summary of the company's performance in 2000-2012. You will find here all the key numbers from the company's balance sheet and income statement.