Ceska Sporitelna at a Glance 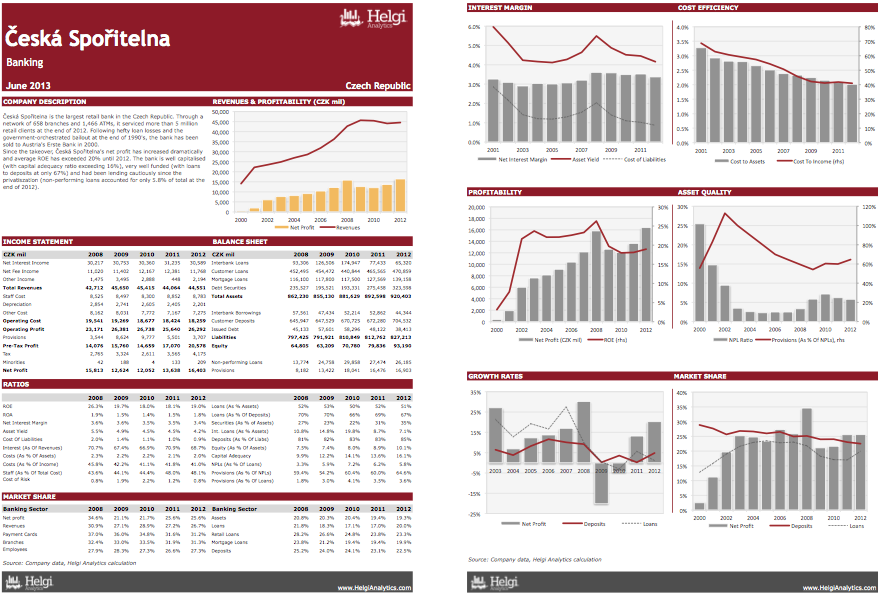 Česká Spořitelna is the largest retail bank in the Czech Republic. Through a network of 658 branches and 1,466 ATMs, it serviced more than 5 million retail clients at the end of 2012. Following hefty loan losses and a government-orchestrated bailout at the end of the 1990s, the bank was sold to Austria's Erste Bank in 2000.

Since the takeover, Česká Spořitelna's net profit has increased dramatically and the average ROE exceeded 20% until 2012. The bank is well capitalised (with a capital adequacy ratio exceeding 16%) and very well funded (with loans to deposits at only 67%) and has been lending cautiously since its privatisation (non-performing loans accounted for only 5.8% of total at the end of 2012).