Home » Reports » CETV at a Glance

CETV at a Glance 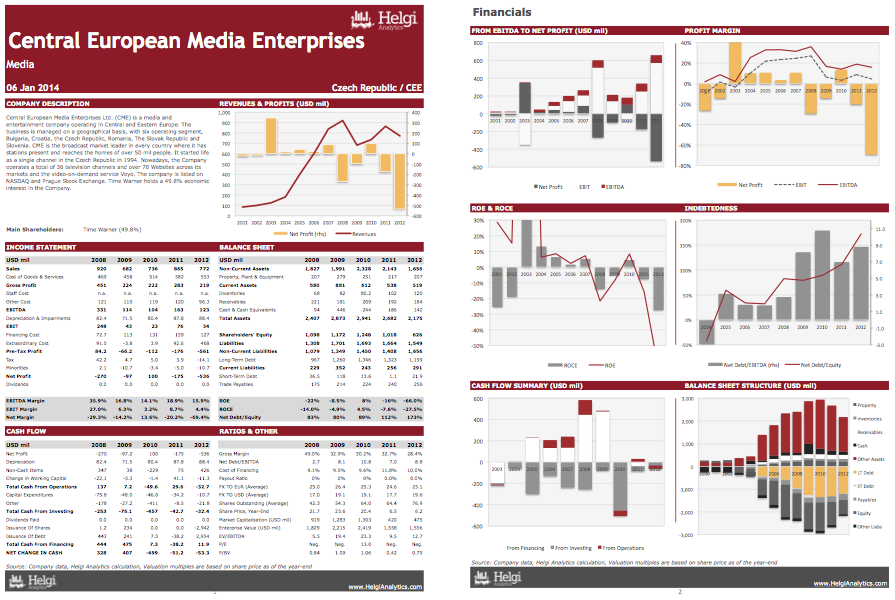 Central European Media Enterprises Ltd. (CETV) is a media and entertainment company operating in Central and Eastern Europe. The business is managed on a geographical basis, with six operating segment, Bulgaria, Croatia, the Czech Republic, Romania, The Slovak Republic and Slovenia. CETV is the broadcast market leader in every country where it has stations present and reaches the homes of over 50 mil people. It started life as a single channel in the Czech Republic in 1994. Nowadays, the Company operates a total of 36 television channels and over 70 Websites across its markets and the video-on-demand service Voyo. The company is listed on NASDAQ and Prague Stock Exchange. Time Warner holds a 49.8% economic interest in the Company.

In addition, the report provides information concerning CETV's position on its key markets in Central and Eastern Europe.