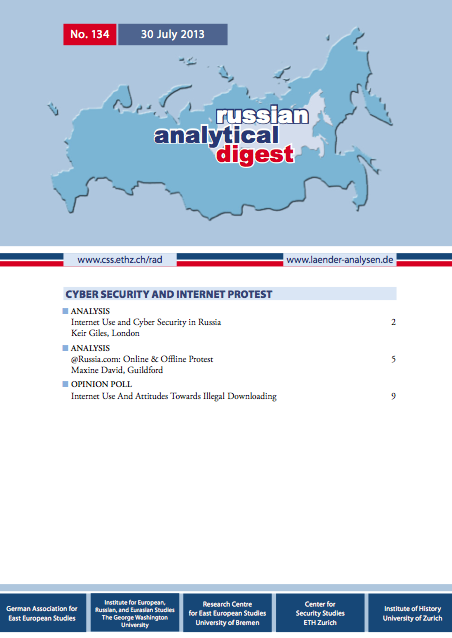 This issue of the Russian Analytical Digest investigates the topic of internet use, cyber security and the role of internet protest and social media in contemporary Russia. Giles argues that in recent years, security structures have become increasingly concerned regarding the intensive use of social media in Russia. However, the political impact of online activism and the extent of measures taken by the authorities to mitigate it have been exaggerated, whilst the official position on cyber security remains very varied and confused. David, in turn, highlights the nature of and the interrelationship between online and offline activism in Russia. She argues that most of these protests and protestors remain skewed towards the urban middle classes at the same time as the repressive policies of the Russian authorities have tried to stifle and bring fear into the protest movement. The nature and future direction of this protest movement remains to be seen