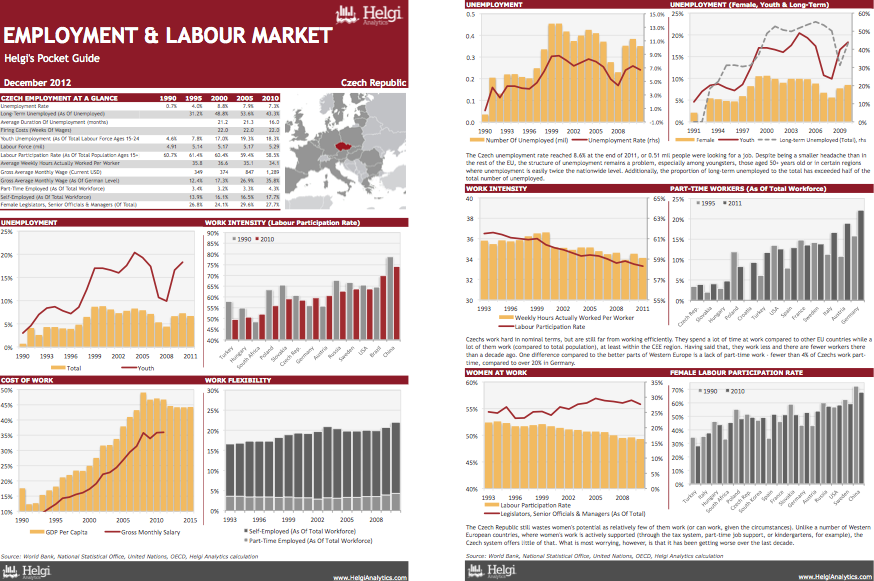 The report describes the key trends about how Czechs work. Most of the key statistics are presented in comparison with other CEE countries and more developed economies. You might find useful data on how many and how much Czechs work. This includes statistics such as number of male and female working (in total, or as the total population or as a share of people in productive age), how many hours they spent on average at work now, over the last two decades or compared to their neighbors and who are the main employers giving them a job. Second, the report compares compensation of Czech workers, again in absolute terms, between males and females or in comparison with other countries. Last, we show how flexible Czech market is on indicators describing part-time work, or involvement of women at work or in the executive positions
Labour | Czech Republic | December 23, 2012
Download
Excel Sheet, 6 pages

Improving Employment Chances of the Roma in the CR