Home » Reports » Daimler at a Glance

Daimler at a Glance 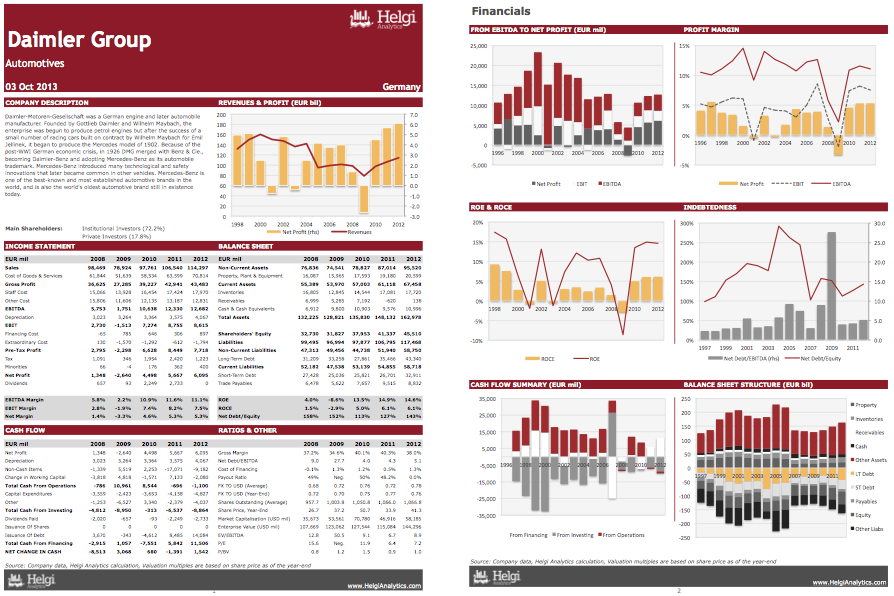 Daimler-Motoren-Gesellschaft was a German engine and later automobile manufacturer. Founded by Gottlieb Daimler and Wilhelm Maybach, the enterprise was begun to produce petrol engines but after the success of a small number of racing cars built on contract by Wilhelm Maybach for Emil Jellinek, it began to produce the Mercedes model of 1902. Because of the post-WWI German economic crisis, in 1926 DMG merged with Benz & Cie., becoming Daimler-Benz and adopting Mercedes-Benz as its automobile trademark. Mercedes-Benz introduced many technological and safety innovations that later became common in other vehicles. Mercedes-Benz is one of the best-known and most established automotive brands in the world, and is also the world's oldest automotive brand still in existence today.

This report offers a summary of the company's performance in 1996-2012. You will find here all the key numbers from the company's balance sheet, income statement and cash flow on the annual basis