Do & Co in Numbers 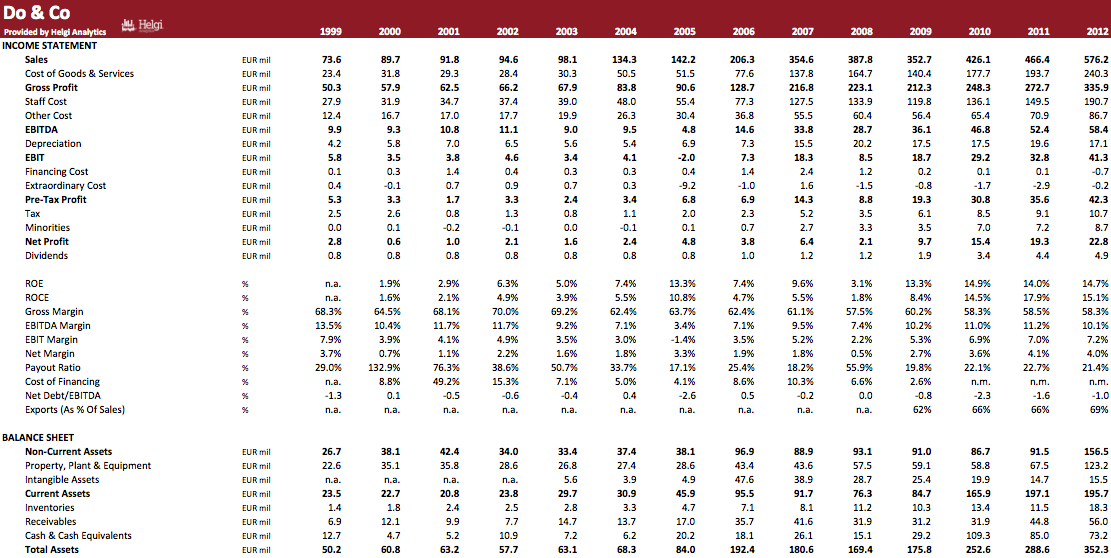 DO & CO AG is an Austria-based catering company, headquartered in Vienna. The Company is active in many catering segment, such as airline catering, train catering and international events catering. It is also involved in providing services through its restaurants, bars, lounges, and hotels. In the Airline catering business, the Company providesservices to more than 60 airline companies, such as Austrian Airlines, Turkish Airlines, or Air France, for example. Its International Event Catering division covers sporting events worldwide, including tennis and golf tournaments, skiing events and Formula One Grand Prix races. DO & CO operates a number of subsidiaries located in Austria, Germany, the United Kingdom, the United States, Poland, Malta and United Arab Emirates, among others.

This excel file a summary of the company's performance in 1999-2012. You will find here all the key numbers from the company's balance sheet, income statement and cash flow on the annual, in the local currency as well as in USD