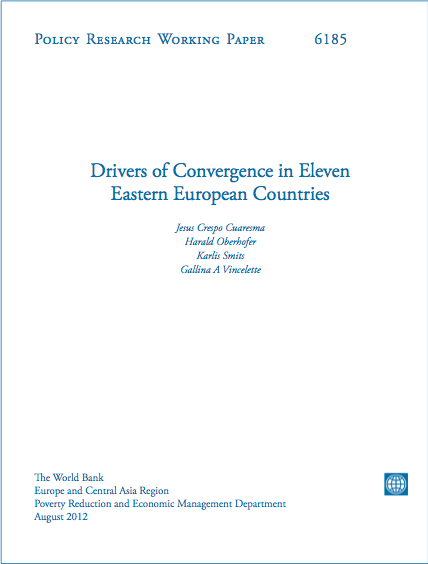 This paper investigates the drivers of growth and prosperity in a group of eleven European countries— Bulgaria, Croatia, the Czech Republic, Estonia, Hungary, Latvia, Lithuania, Poland, Romania, Slovenia, and Slovakia (the EU11). Since the EU11 began the transformation process, this group of emerging countries has made impressive strides as developing market economies and is anchoring development in European Union institutions.

There are reasons to believe that the convergence of EU11 income per capita to Western European levels will continue, but will proceed more slowly. The paper concludes that trade and financial integration have sped along at a spectacular pace in the EU11 in the recent past, although trade in modern services and the integration of government bond and equity markets are somewhat behind.

As in the rest of Europe, demographic developments will pose huge challenges for the sustainability of public finance in the EU11 economies. In the next several decades, the EU11 labor force is expected to contract more than labor forces in the rest of the European Union, making it even more urgent that countries in the region reform pension systems, change migration policy, and find incentives to attract talent to the region. Closing the gap with the rest of the European Union in educational attainment levels and improving education quality might significantly soften the constraints imposed by the demographic threats and produce sizable returns in terms of additional income convergence.