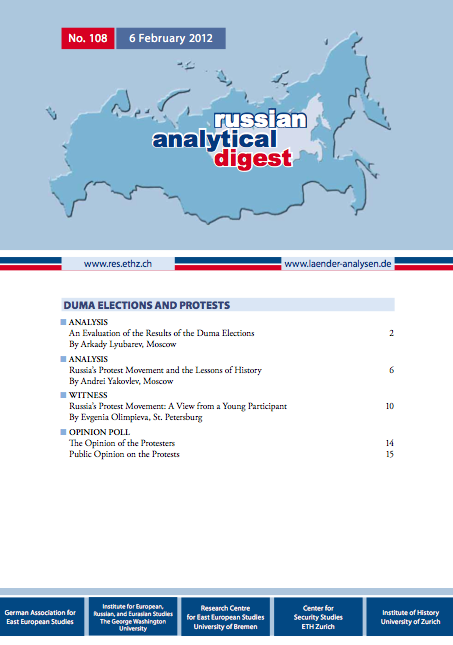 This edition analyzes the results of the December Duma elections and the subsequent mass protests. In the first article, Arkady Lyubarev, examines the results of the Duma elections and assesses the cases of manipulation and falsification of both the electoral process and the official results. Next, Andrei Yakovlev argues that the recent wave of mass protests can be understood by reference to similar historical cases, and concludes that it has been clearly demonstrated that Russians want to play a more active role in their country’s political life. In the final article, Evgenia Olimpieva, provides a personal account of her experiences at the 18th December protest in St. Petersburg, and outlines her interpretation of the protest movement. The edition concludes with a series of public opinion polls about the motivations and aims of the protesters in Russia.
Society | Russia | February 09, 2012
Download
Excel Sheet, 18 pages