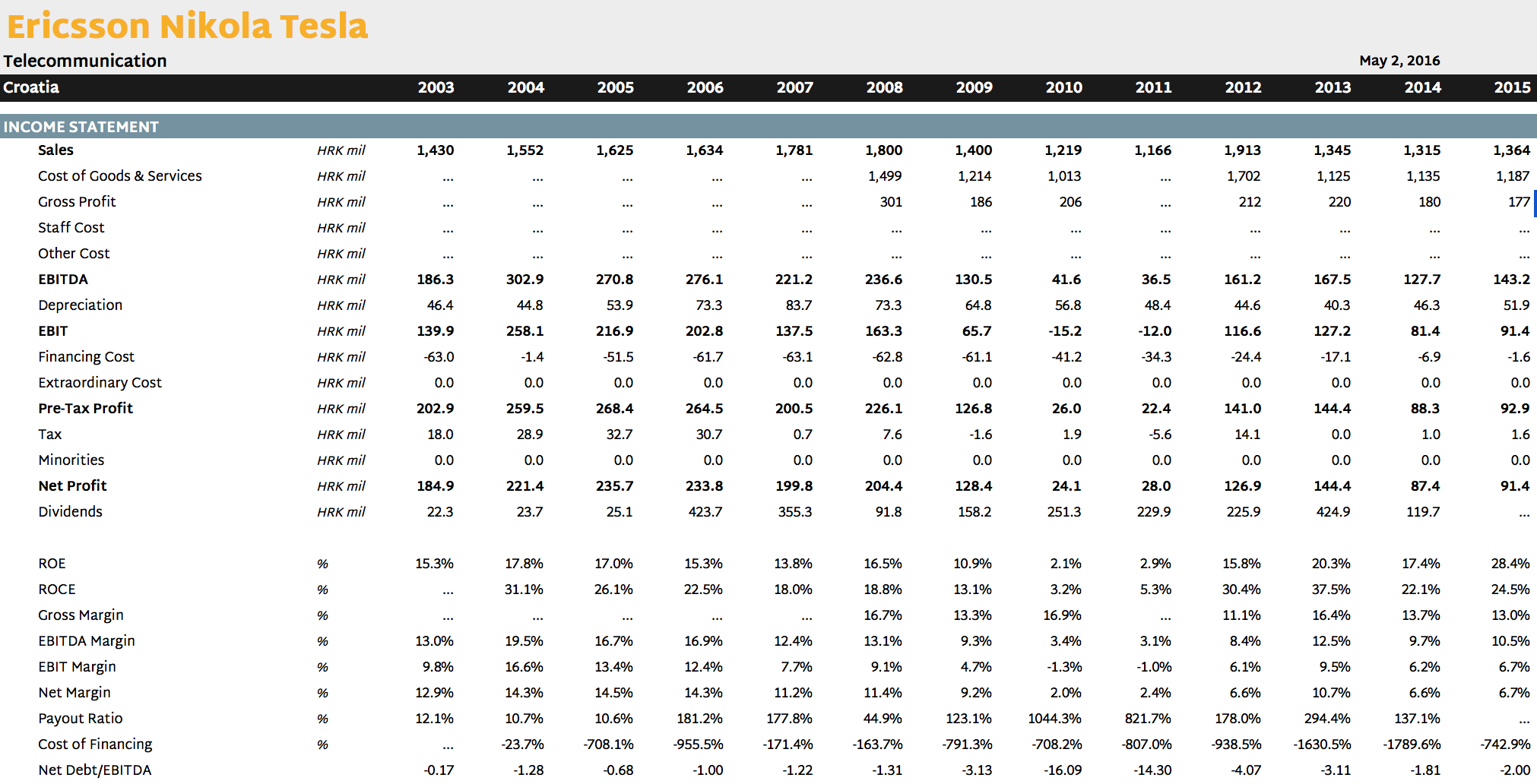 This Statistical Dossier offers a summary of Ericsson Nikola Tesla 's performance between 2003 and 2015 on an annual basis. The report can be downloaded in Excel file format.

You will find here all the key numbers from the company's balance sheet, income statement, cash flow and the main ratios related to the firm's business.

If you are only interested in specific areas of the Company's business, you find and download them at the Company's Corporate Profile.

If you want to see more reports about the Company, please, go to the Company's Reports Page.