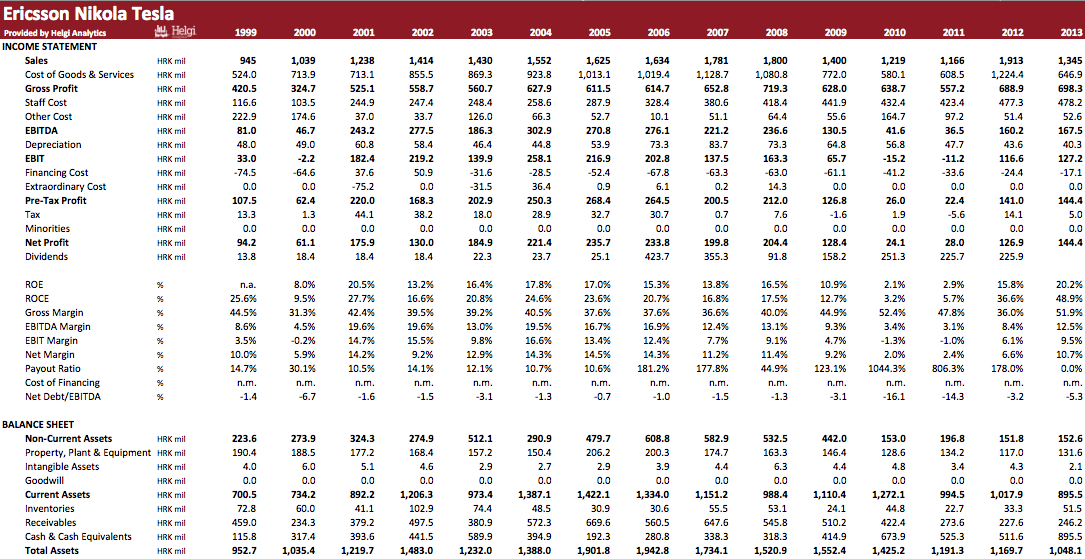 This excel file offers a summary of the Company's performance in 1999-2013. You will find here all the key numbers from the Company's balance sheet, income statement and cash flow and main ratios related to the Company's business