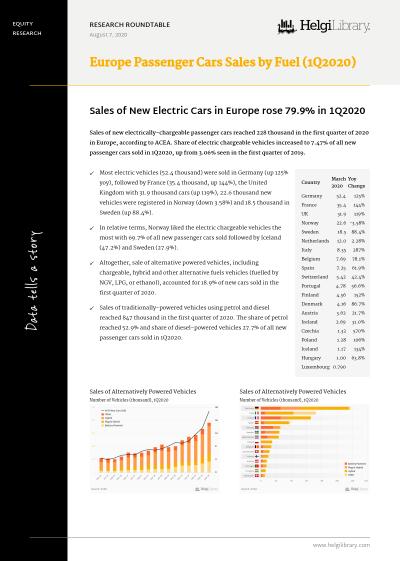 In relative terms, Norway liked the electric chargeable vehicles the most with 69.7% of all new passenger cars sold followed by Iceland (47.2%) and Sweden (27.9%).

Altogether, sale of alternative powered vehicles, including chargeable, hybrid and other alternative fuels vehicles (fuelled by NGV, LPG, or ethanol), accounted for 18.9% of new cars sold in the first quarter of 2020.

Sales of traditionally-powered vehicles using petrol and diesel reached 847 thousand in the first quarter of 2020. The share of petrol reached 52.9% and share of diesel-powered vehicles 27.7% of all new passenger cars sold in 1Q2020.