Home » Reports » EVN at a Glance

EVN at a Glance 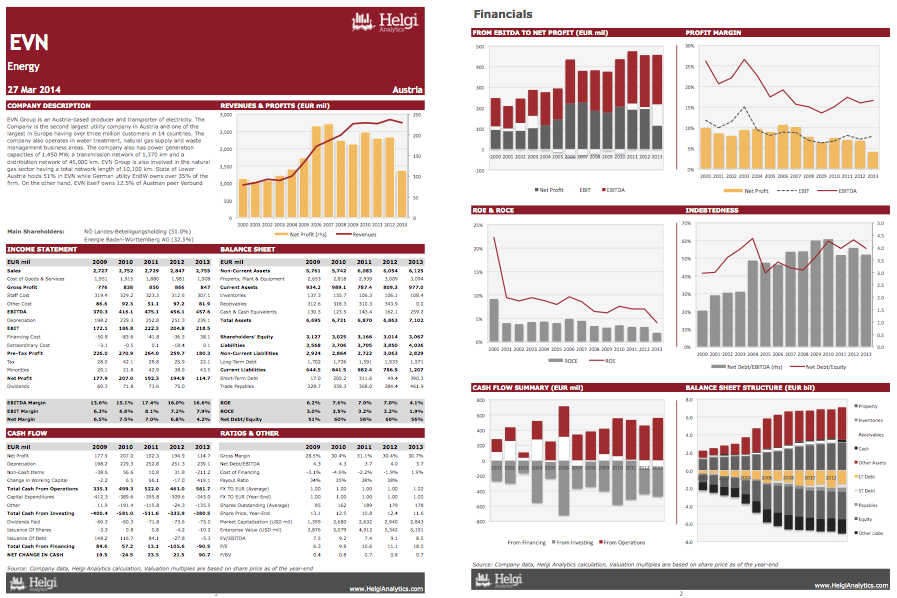 EVN Group is an Austria-based producer and transporter of electricity. The Company is the second largest utility company in Austria and one of the largest in Europe having over three million customers in 14 countries. The company also operates in water treatment, natural gas supply and waste management business areas. The company also has power generation capacities of 1,450 MW, a transmission network of 1,370 km and a distribution network of 45,000 km. EVN Group is also involved in the natural gas sector having a total network length of 10,100 km. State of Lower Austria holds 51% in EVN while German utility EnBW owns over 35% of the firm. On the other hand, EVN itself owns 12.5% of Austrian peer Verbund.

This excel file offers a summary of the company's performance in 2000-2013. You will find here all the key numbers from the company's balance sheet, income statement and cash flow on the annual, in the local currency as well as in USD