Evraz Vítkovice Steel at a Glance 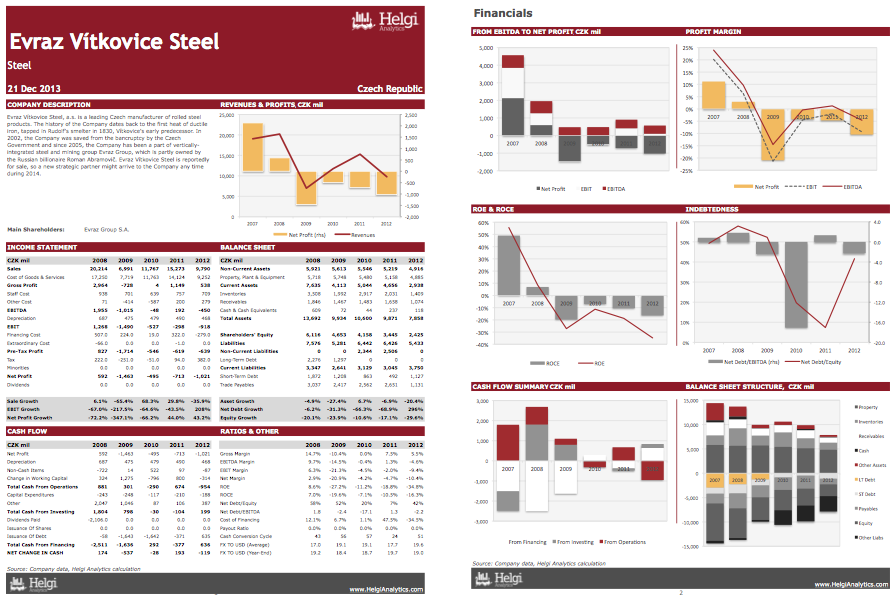 Evraz Vítkovice Steel, a.s. is a leading Czech manufacturer of rolled steel products. The history of the Company dates back to the first heat of ductile iron, tapped in Rudolf's smelter in 1830, Vítkovice's early predecessor. In 2002, the Company was saved from the bancruptcy by the Czech Government and since 2005, the Company has been a part of vertically-integrated steel and mining group Evraz Group, which is partly owned by the Russian billionaire Roman Abramovič. Evraz Vítkovice Steel is reportedly for sale, so a new strategic partner might arrive to the Company any time during 2014.

This report offers a summary of the company's performance in 2007-2012. You will find here all the key numbers from the company's balance sheet, income statement and cash flow on the annual basis.