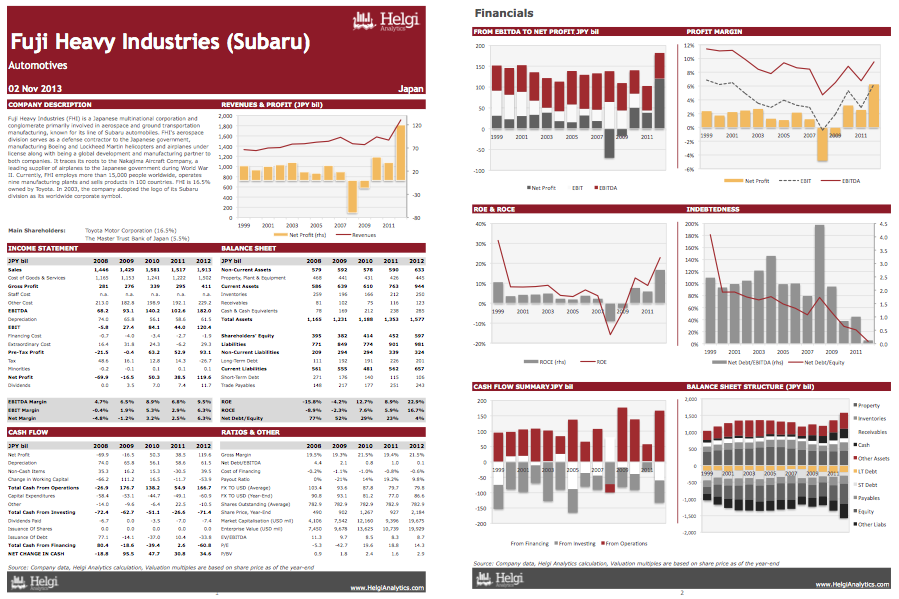 Fuji Heavy Industries (FHI) is a Japanese multinational corporation and conglomerate primarily involved in aerospace and ground transportation manufacturing, known for its line of Subaru automobiles. FHI's aerospace division serves as a defense contractor to the Japanese government, manufacturing Boeing and Lockheed Martin helicopters and airplanes under license along with being a global development and manufacturing partner to both companies. It traces its roots to the Nakajima Aircraft Company, a leading supplier of airplanes to the Japanese government during World War II. Currently, FHI employs more than 15,000 people worldwide, operates nine manufacturing plants and sells products in 100 countries. FHI is 16.5% owned by Toyota. In 2003, the company adopted the logo of its Subaru division as its worldwide corporate symbol.

In addition, the report provides information concerning Subaru's position on its key markets.