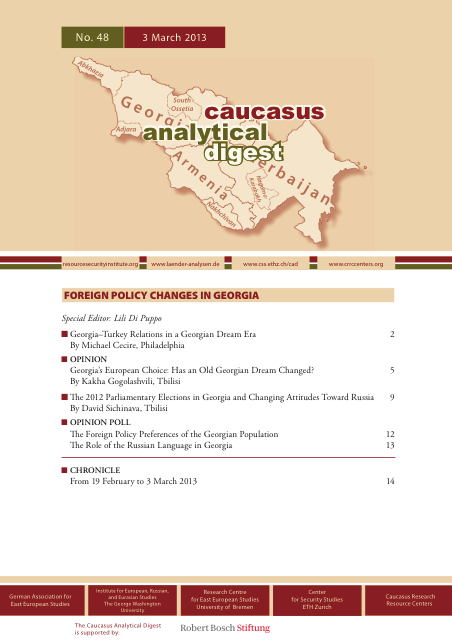 This issue of the CAD examines changes in Georgian foreign policy since the Fall 2012 parliamentary elections, which gave the opposition control of the legislature. The first article examines Georgia's ties with its neighbor Turkey - they have been close under Saakashvili and are likely to remain strong given the mutual interests of both sides. The second article shows how the new government is trying to maintain close ties with the West while simultaneously improving its relationship with Russia. The third article notes a surprising increase in support for better relations with Russia, but points out that this change did not affect Georgians' strong support for joining the EU and NATO.
Society | Georgia | March 07, 2013
Download
Excel Sheet, 15 pages