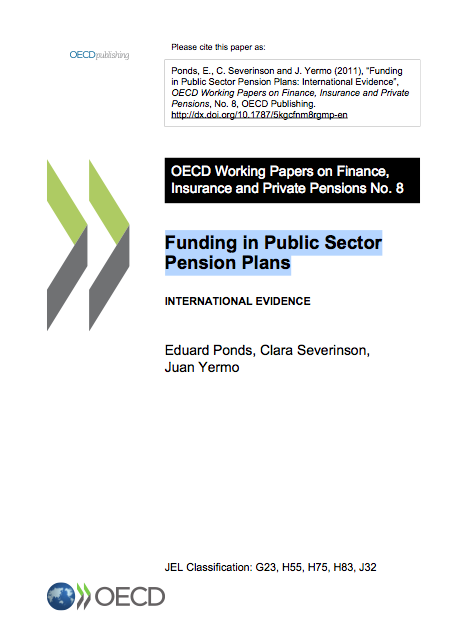 Language: English
Provider: OECD
Pages: 41
Most countries have separate pension plan for public sector employees. The future fiscal burden of these plans can be substantial as the government usually is the largest employer, pension promises in the public sector tend to be relatively generous, and future payments have to be paid out directly from government revenues (pay-as-you-go) or by funded plans (pension funds) which tend to be underfunded. The valuation and disclosure of these promises in some countries lacks transparency, which may be hiding potentially huge fiscal liabilities that are being passed on to future generations of workers. In order to arrive at a fair comparison between countries regarding the fiscal burden of their DB public sector pension plans, this paper gathers more evidence on public sector pension plans regarding the type of pension promise and quantifies the future tax burden related to these pension promises. The reported liabilities are recalculated using both a fair value approach (local market discount rates) and a common, fixed discount rate across all countries which reflects projected growth in national income. We also estimate for a number of plans from a sample of OECD countries the size of the net unfunded liabilities in fair value terms as of the end of 2008. This fiscal burden can also be interpreted as the implicit pension debt in fair value terms.
Investments & Pensions | Canada | May 04, 2011
Download
Excel Sheet, 41 pages