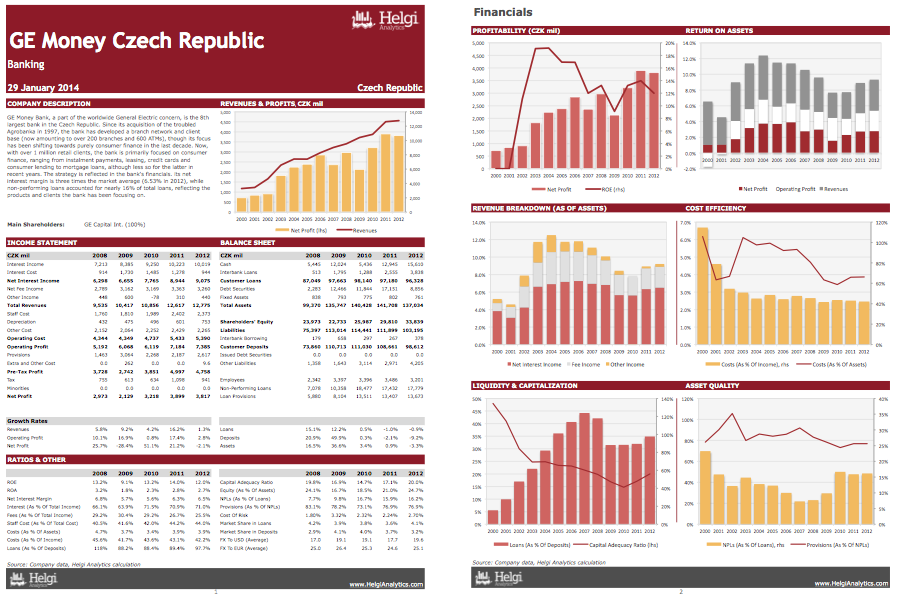 GE Money Bank, a part of the worldwide General Electric concern, is the 8th largest bank in the Czech Republic. Since its acquisition of the troubled Agrobanka in 1997, the bank has developed a branch network and client base (now amounting to over 200 branches and 600 ATMs), though its focus has been shifting towards purely consumer finance in the last decade. Now, with over 1 million retail clients, the bank is primarily focused on consumer finance, ranging from instalment payments, leasing, credit cards and consumer lending to mortgage loans, although less so for the latter in recent years. The strategy is reflected in the bank's financials. its net interest margin is three times the market average (6.53% in 2012), while non-performing loans accounted for nearly 16% of total loans, reflecting the products and clients the bank has been focusing on.

This report offers a summary of the company's performance in 1999-2012. You will find here all the key numbers from the bank's balance sheet, income statement and main ratios related to the bank's business.