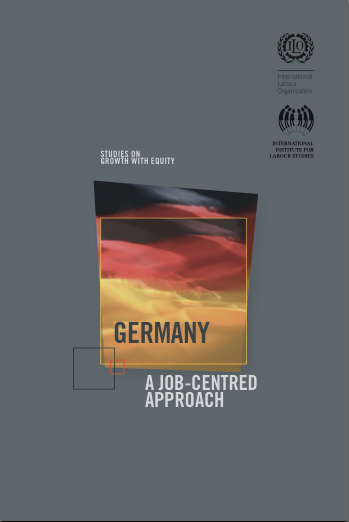 Language: English
Provider: ILO
Pages: 116
Despite a dramatic decline in output as a result of the global financial and economic crisis, Germany’s labour market held up well compared with other countries. Although the economy shrank by 4.7 per cent in 2009, more than in most other countries, employment fell by only 0.2 per cent, whereas the average for the industrialised countries was five times worse than in Germany. Socially- inclusive policies were key to Germany’s success in responding to the crisis and should serve as the foundation for future action. This was the conclusion reached by the first comprehensive assessment of Germany’s policy to tackle the crisis, issued by the ILO Copyright © International Labour Organization
Economy | Germany | March 13, 2011
Download
Excel Sheet, 116 pages