GlaxoSmithKline Czech Republic at a Glance 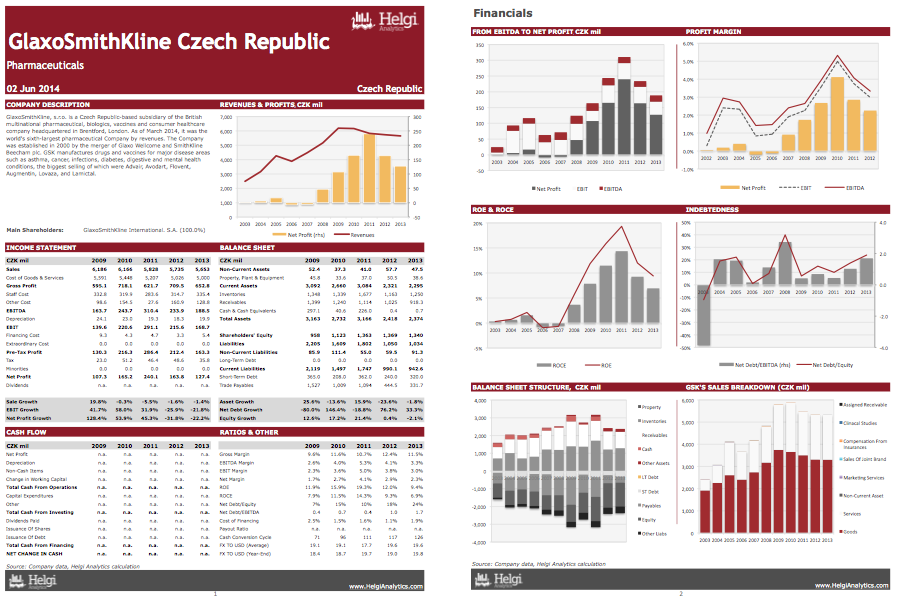 This report offers a summary of the company's performance in 2003-2013. You will find here all the key numbers from the company's balance sheet, income statement and cash flow on the annual, in the local currency as well as in USD