Globus Czech Republic at a Glance 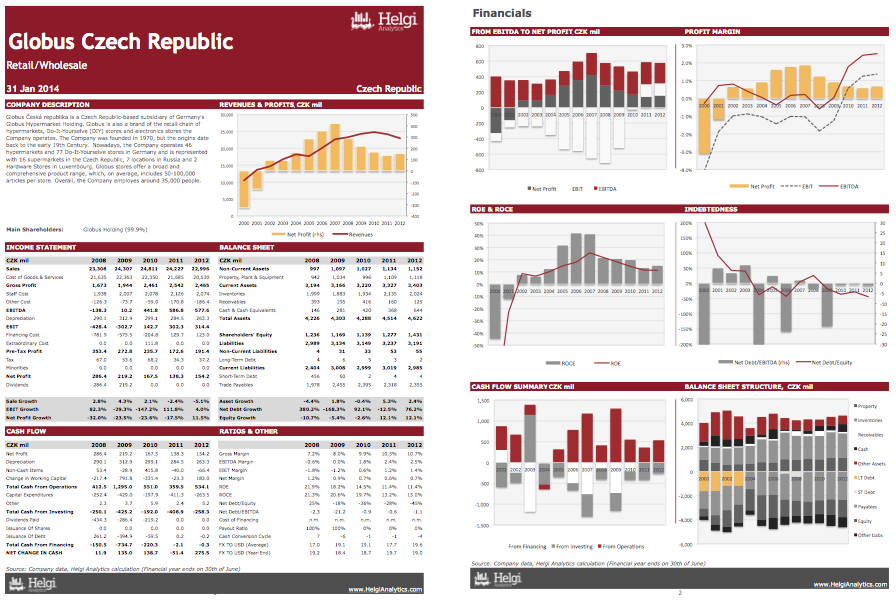 Globus Česká republika is a Czech Republic-based subsidiary of Germany's Globus Hypermarket Holding. Globus is also a brand of the retail chain of hypermarkets, Do-It-Yourselve (DIY) stores and electronics stores the Company operates. The Company was founded in 1970, but the origins date back to the early 19th Century.  Nowadays, the Company operates 46 hypermarkets and 77 Do-It-Yourselve stores in Germany and is represented with 16 supermarkets in the Czech Republic, 7 locations in Russia and 2 Hardware Stores in Luxembourg. Globus stores offer a broad and comprehensive product range, which, on average, includes 50-100,000 articles per store. Overall, the Company employes around 35,000 people.