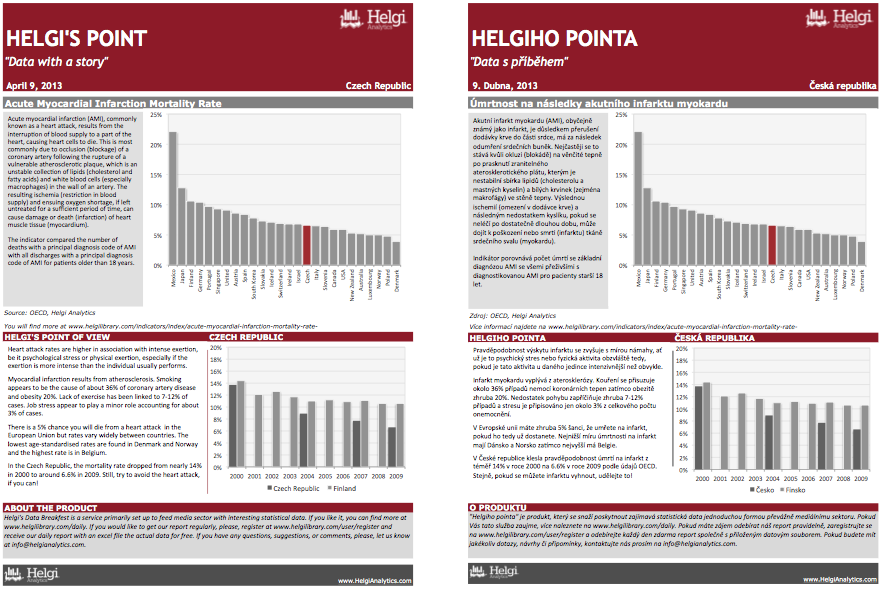 Language: Czech / English
Provider: 2013
Pages: 1
Heart attack rates are higher in association with intense exertion, be it psychological stress or physical exertion, especially if the exertion is more intense than the individual usually performs. Myocardial infarction results from atherosclerosis. Smoking appears to be the cause of about 36% of coronary artery disease and obesity 20%. Lack of exercise has been linked to 7-12% of cases. Job stress appear to play a minor role accounting for about 3% of cases. There is a 5% chance you will die from a heart attack in the European Union but rates vary widely between countries. The lowest age-standardised rates are found in Denmark and Norway and the highest rate is in Belgium. In the Czech Republic, the mortality rate dropped from nearly 14% in 2000 to around 6.6% in 2009. Still, try to avoid the heart attack, if you can!
Health Care | Czech Republic | April 08, 2013
Download
Excel Sheet, 1 pages