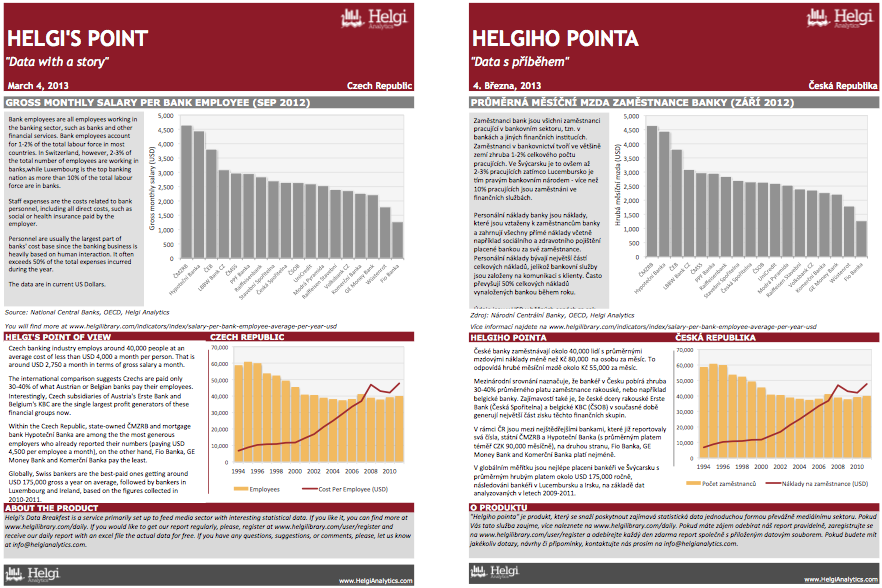 Czech banking industry employs around 40,000 people at an average cost of less than USD 4,000 a month per person. That is around USD 2,750 a month in terms of gross salary a month. The international comparison suggests Czechs are paid only 30-40% of what Austrian or Belgian banks pay their employees. Interestingly, Czech subsidiaries of Austria's Erste Bank and Belgium's KBC are the single largest profit generators of these financial groups now. Within the Czech Republic, state-owned ČMZRB and mortgage bank Hypoteční Banka are among the the most generous employers who already reported their numbers (paying USD 4,500 per employee a month), on the other hand, Fio Banka, GE Money Bank and Komerční Banka pay the least. Globally, Swiss bankers are the best-paid ones getting around USD 175,000 gross a year on average, followed by bankers in Luxembourg and Ireland, based on the figures collected in 2010-2011.