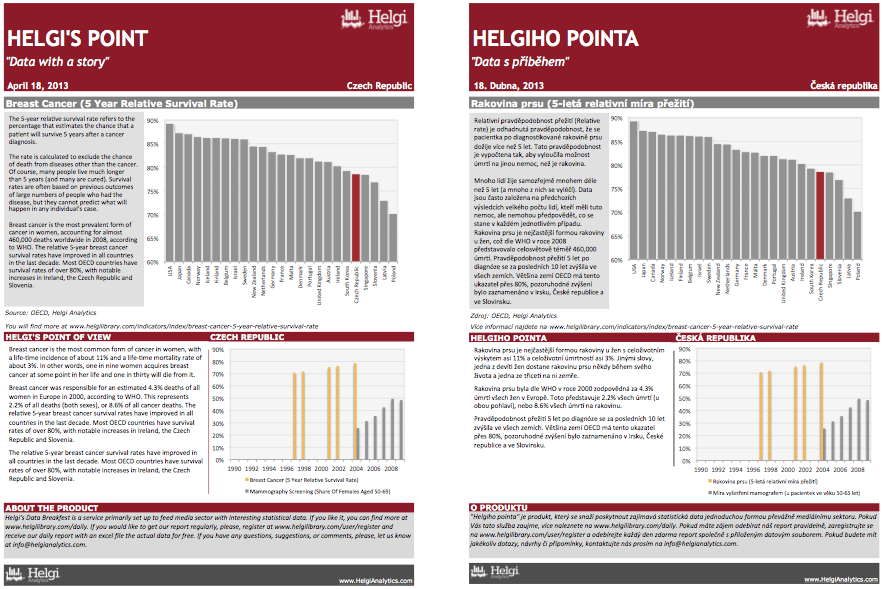 The 5-year relative survival rate refers to the percentage that estimates the chance that a patient will survive 5 years after a cancer diagnosis.

The rate is calculated to exclude the chance of death from diseases other than the cancer. Of course, many people live much longer than 5 years (and many are cured). Survival rates are often based on previous outcomes of large numbers of people who had the disease, but they cannot predict what will happen in any individual’s case.

Breast cancer is the most prevalent form of cancer in women, accounting for almost 460,000 deaths worldwide in 2008, according to WHO. The relative 5-year breast cancer survival rates Breast Cancer (5 Year Relative Survival Rate). Most OECD countries have survival rates of over 80%, with notable increases in Ireland, the Czech Republic and Slovenia.