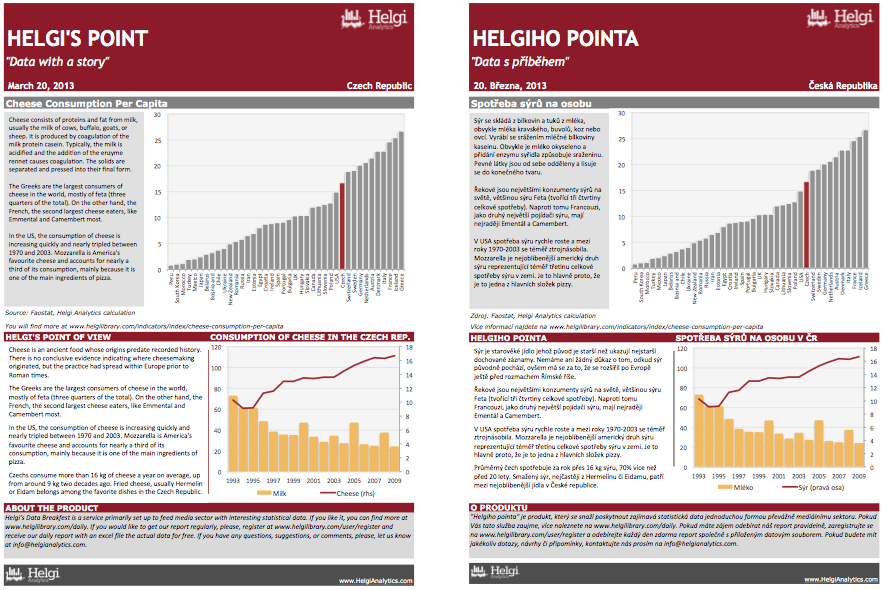 Cheese is an ancient food whose origins predate recorded history. There is no conclusive evidence indicating where cheesemaking originated, but the practice had spread within Europe prior to Roman times. The Greeks are the largest consumers of cheese in the world, mostly of feta (three quarters of the total). On the other hand, the French, the second largest cheese eaters, like Emmental and Camembert most. In the US, the consumption of cheese is increasing quickly and nearly tripled between 1970 and 2003. Mozzarella is America's favourite cheese and accounts for nearly a third of its consumption, mainly because it is one of the main ingredients of pizza. Czechs consume more than 16 kg of cheese a year on average, up from around 9 kg two decades ago. Fried cheese, usually Hermelin or Eidam belongs among the favorite dishes in the Czech Republic.
Agriculture | Czech Republic | March 19, 2013
Download
Excel Sheet, 1 pages