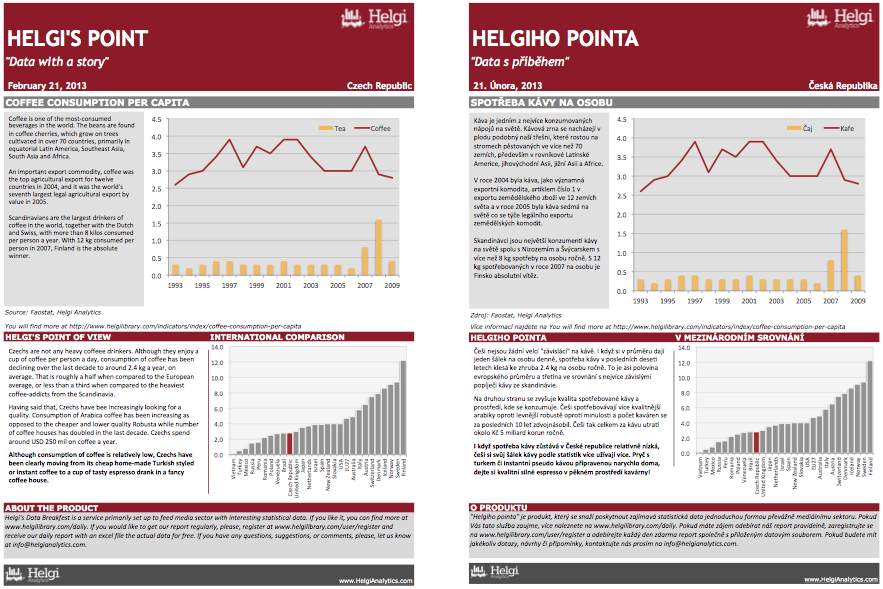 Czechs are not any heavy coffeee drinkers. Although they enjoy a cup of coffee per person a day, consumption of coffee has been declining over the last decade to around 2.4 kg a year, on average. That is roughly a half when compared to the European average, or less than a third when compared to the heaviest coffee-addicts from the Scandinavia. Having said that, Czechs have bee increasingly looking for a quality. Consumption of Arabica coffee has been increasing as opposed to the cheaper and lower quality Robusta while number of coffee houses has doubled in the last decade. Czechs spend around USD 250 mil on coffee a year. Although consumption of coffee is relatively low, Czechs have been clearly moving from its cheap home-made Turkish styled or instant coffee to a cup of tasty espresso drank in a fancy coffee house.
Agriculture | Czech Republic | February 20, 2013
Download
Excel Sheet, 1 pages