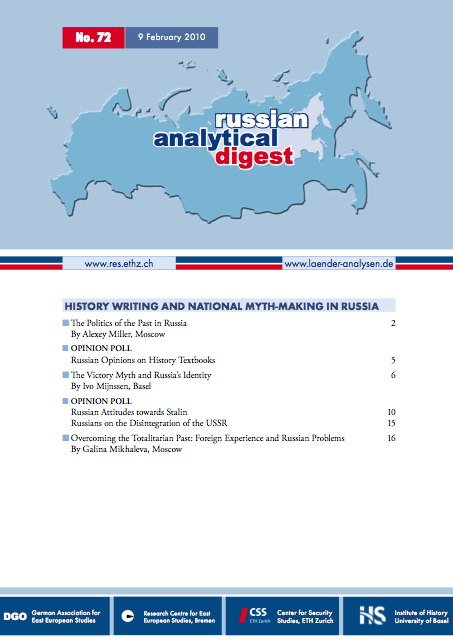 Language: English
Provider: RAD
Pages: 20
This issue of the Russian Analytical Digest examines history-writing and national myth-making in Russia. Firstly, Alexey Miller discusses the concept of history politics; the active political intervention in history-writing by the ruling elite. Secondly, Ivo Mijnssen argues that the Soviet Union's victory over Germany has been promoted by the government as a central tenant of Russia's national identity. Although this policy is supported domestically by patriotic youth organizations such as Nashi, it causes disputes with Russia's neighbors. Finally, Galina Mikhaleva discusses the practice of looking back to the country's history as a political tool in Russia.
Society | Russia | February 09, 2010
Download
Excel Sheet, 20 pages