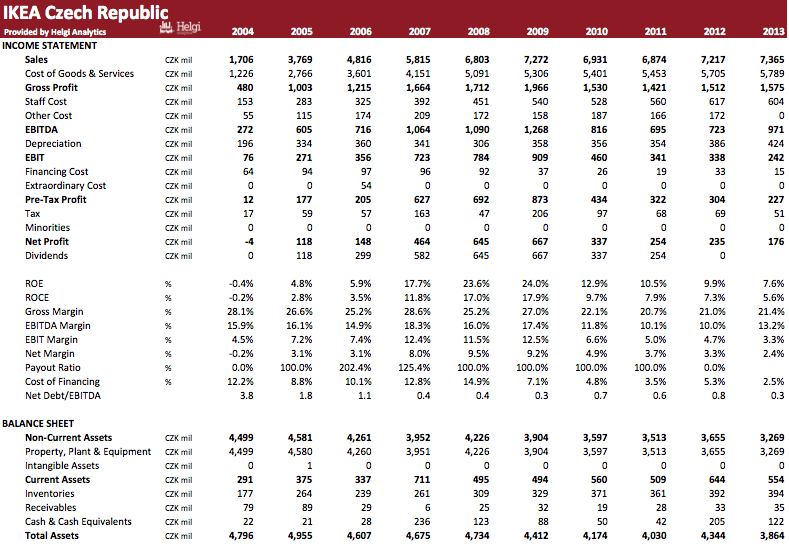 IKEA Česká republika is a Czech Republic-based subsidiary of Sweden's IKEA Group. Similar to the Group, the Czech IKEA operates department stores selling furniture and household equipment. In 2013, there were two stores in Prague and one in Ostrava and Brno in the the Czech Republic. The IKEA Group is a Swedish company registered in the Netherlands that designs and sells ready-to-assemble furniture (such as beds, chairs and desks), appliances and home accessories. Founded in Sweden in 1943 by 17-year-old, Ingvar Kamprad, the company's name is an acronym that consists of the initials of, Ingvar Kamprad, Elmtaryd (the farm where he grew up), and Agunnaryd (his hometown in Småland, south Sweden). In 2013, IKEA operated 349 stores in 43 countries.

This excel file offers a summary of the company's performance in 2004-2013. You will find here all the key numbers from the company's balance sheet, income statement and cash flow on the annual basis in the local currency and in USD.