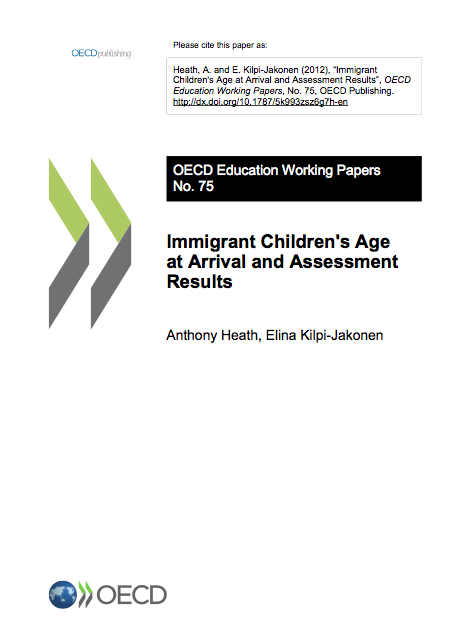 Language: English
Provider: OECD
Pages: 31
While a number of single-country studies have been done to explore whether or not there is a "critical age" at which the arrival in a new country becomes a steep disadvantage to the immigrant student, this study aims to determine whether the steepness of the age-at-arrival/test score profile varies across origin or destination countries. As expected, the later the arrival, the greater the penalty. However results vary according to several factors, including language differences and whether the country of origin had higher or lower educational standards. Evidence shows the importance of helping young migrants with language difficulties, as well as with the subsequent adverse effects of these difficulties.
Education | World | May 15, 2012
Download
Excel Sheet, 31 pages

Download
Are School Vouchers Associated with Equity in Education?

Download
Is there really such a Thing as a "Second Chance" in Education?