Isuzu Motors at a Glance 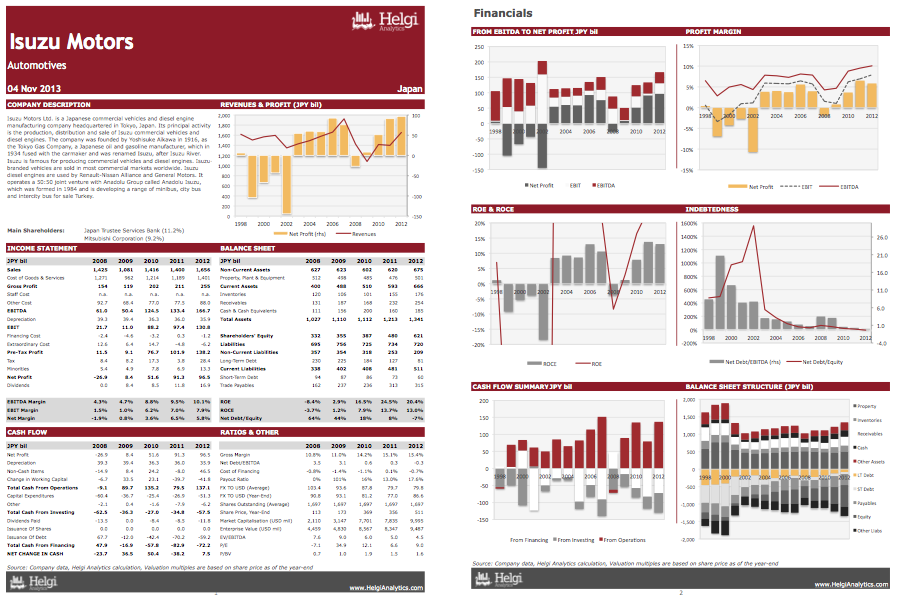 In addition, the report provides information concerning Honda's position on its key markets