LBBW CZ at a Glance 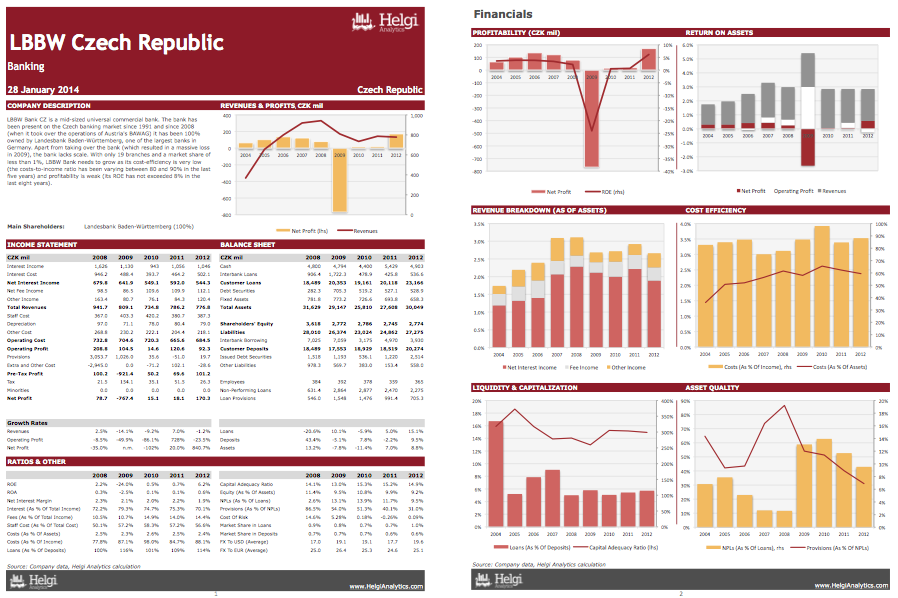 LBBW Bank CZ is a Czech Republic-based mid-sized universal commercial bank. The bank has been present on the Czech banking market since 1991 and since 2008 (when it took over the operations of Austria's BAWAG) it has been 100% owned by Landesbank Baden-Württemberg, one of the largest banks in Germany. Apart from taking over the bank (which resulted in a massive loss in 2009), the bank lacks scale. With only 19 branches and a market share of less than 1%, LBBW Bank needs to grow as its cost-efficiency is very low (the costs-to-income ratio has been varying between 80 and 90% in the last five years) and profitability is weak (its ROE has not exceeded 8% in the last eight years).