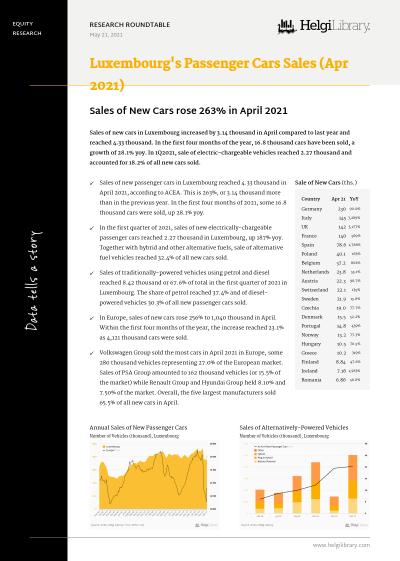 In the first quarter of 2021, sales of new electrically-chargeable passenger cars reached 2.27 thousand in Luxembourg, up 187% yoy. Together with hybrid and other alternative fuels, sale of alternative fuel vehicles reached 32.4% of all new cars sold.

Sales of traditionally-powered vehicles using petrol and diesel reached 8.42 thousand or 67.6% of total in the first quarter of 2021 in Luxembourg. The share of petrol reached 37.4% and of diesel-powered vehicles 30.3% of all new passenger cars sold.

Download
How Are Girls Doing in School Around the World