Mazda Motor Corp. at a Glance 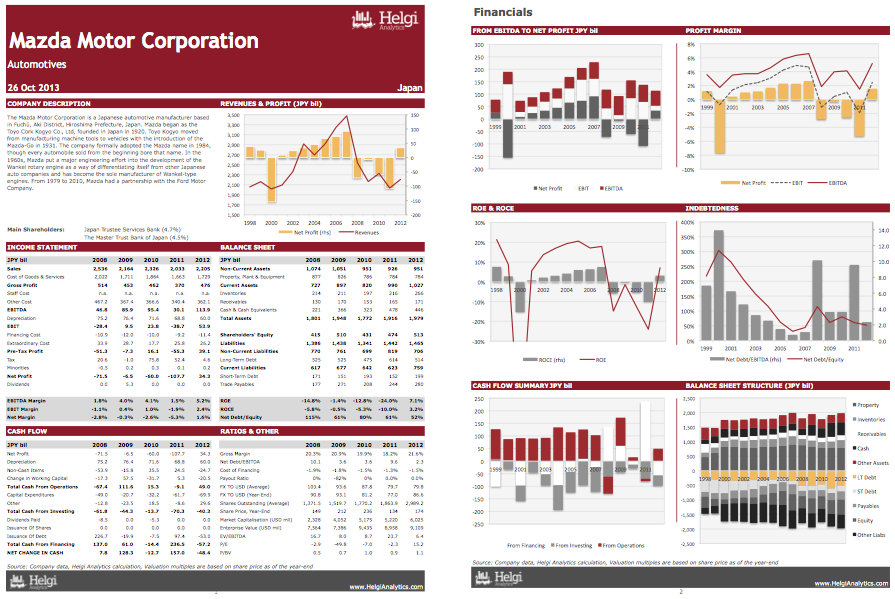 The Mazda Motor Corporation is a Japanese automotive manufacturer based in Fuchū, Aki District, Hiroshima Prefecture, Japan. Mazda began as the Toyo Cork Kogyo Co., Ltd, founded in Japan in 1920. Toyo Kogyo moved from manufacturing machine tools to vehicles with the introduction of the Mazda-Go in 1931. The company formally adopted the Mazda name in 1984, though every automobile sold from the beginning bore that name. In the 1960s, Mazda put a major engineering effort into the development of the Wankel rotary engine as a way of differentiating itself from other Japanese auto companies and has become the sole manufacturer of Wankel-type engines. From 1979 to 2010, Mazda had a partnership with the Ford Motor Company.

In addition, the report provides information concerning Mazda's position on its key markets