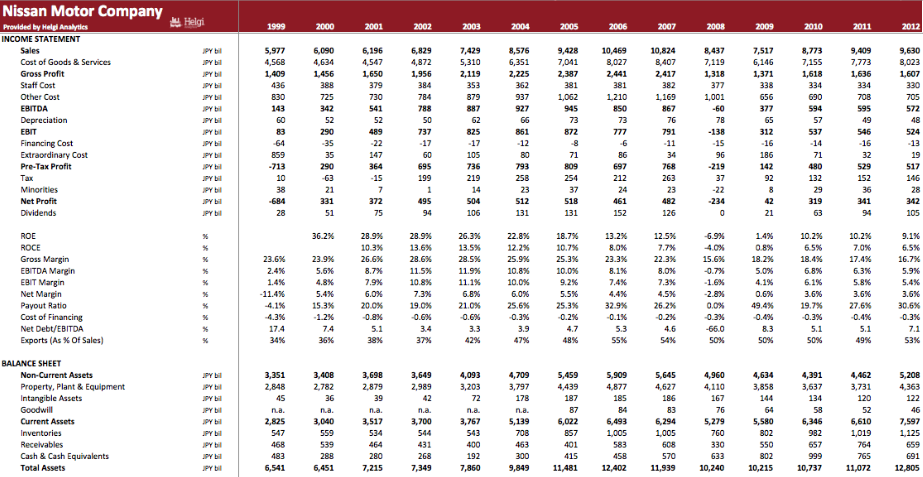 The Nissan Motor Company is a multinational automaker headquartered in Japan. It was a core member of the Nissan Group, but became more independent after its restructuring under Carlos Ghosn (CEO). Nissan was the sixth largest automaker in the world in 2010, behind Toyota, General Motors, Volkswagen AG, the Hyundai Motor Group, and Ford. It formerly marketed vehicles under the "Datsun" brand name. In 1999, Nissan entered a two-way alliance with Renault of France, which owns 43% of Nissan, while Nissan holds 15% of Renault shares, as of 2008. Along with its normal range of models, Nissan also produces a range of luxury models branded as Infiniti. The Nissan VQ engines, which have a V6 configuration, have been featured among Ward's 10 Best Engines for 14 straight years.

In addition, the report provides information concerning Nissan's position on its key markets