Home » Reports » NWR at a Glance

NWR at a Glance 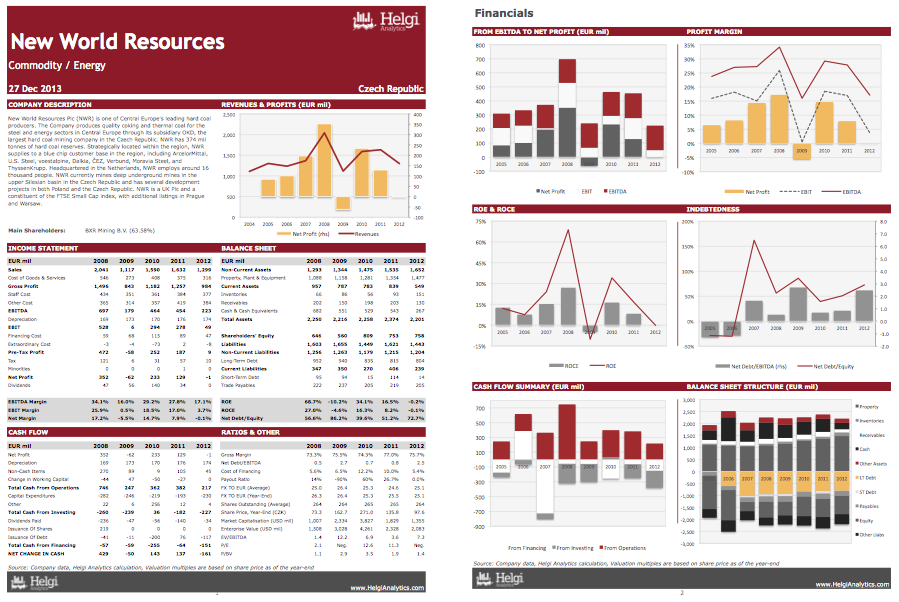 New World Resources Plc (NWR) is one of Central Europe's leading hard coal producers. The Company produces quality coking and thermal coal for the steel and energy sectors in Central Europe through its subsidiary OKD, the largest hard coal mining company in the Czech Republic. NWR has 374 mil tonnes of hard coal reserves. Strategically located within the region, NWR supplies to a blue chip customer base in the region, including ArcelorMittal, U.S. Steel, voestalpine, Dalkia, ČEZ, Verbund, Moravia Steel, and ThyssenKrupp. Headquartered in the Netherlands, NWR employs around 16 thousand people. NWR currently mines deep underground mines in the upper Silesian basin in the Czech Republic and has several development projects in both Poland and the Czech Republic. NWR is a UK Plc and a constituent of the FTSE Small Cap index, with additional listings in Prague and Warsaw.