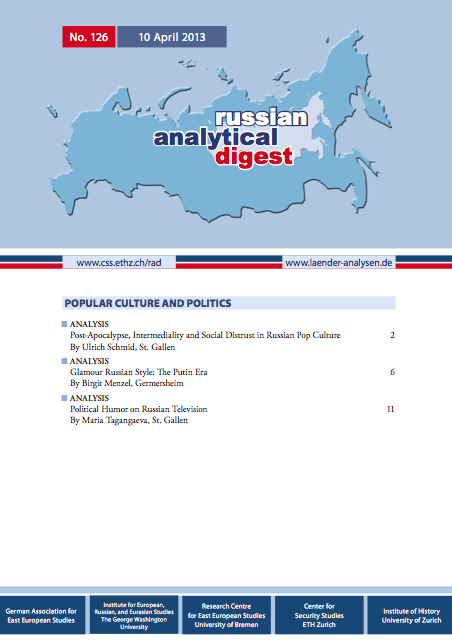 This issue of the RAD examines the intersection of popular culture and politics in Russia. In a survey of recent pop culture hits in Russia, Ulrich Schmidt argues that "the implicit Manichean and post-apocalyptic world view of Russian pop culture products" "fosters political passivity, social distrust and reliance on the leader in power" thereby harming prospects for democratization. Birgit Menzel shows that while glamour sells the public on leaders and their issues, it also has a dark side, which can lead vulnerable young women into the sex trade. Maria Tagangaeva's analysis of Russian humor on television shows that even though there are jokes about politics on popular broadcasts today, they are not threatening to the regime.