PSA Peugeot Citroen at a Glance 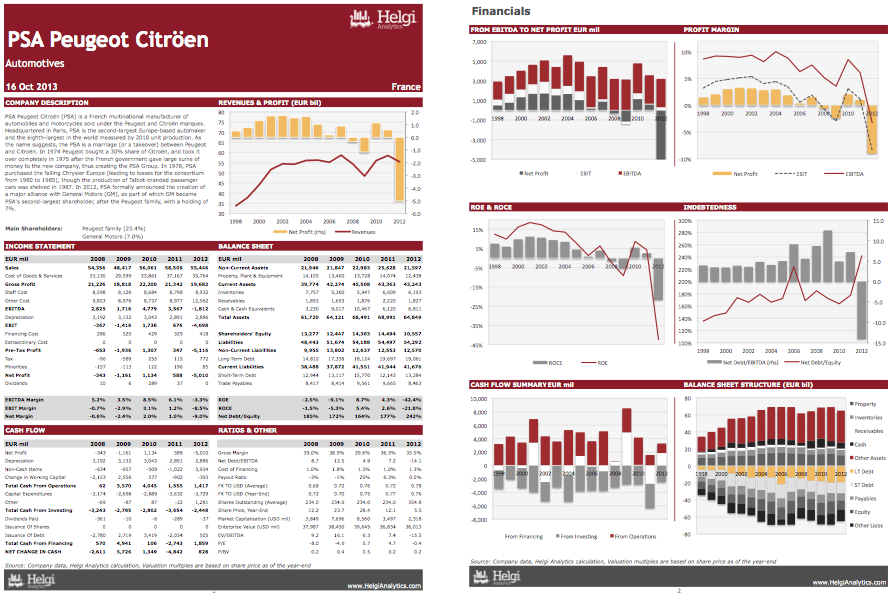 PSA Peugeot Citroën (PSA) is a French multinational manufacturer of automobiles and motorcycles sold under the Peugeot and Citroën marques. Headquartered in Paris, PSA is the second-largest Europe-based automaker and the eighth-largest in the world measured by 2010 unit production. As the name suggests, the PSA is a marriage (or a takeover) between Peugeot and Citroën. In 1974 Peugeot bought a 30% share of Citroën, and took it over completely in 1975 after the French government gave large sums of money to the new company, thus creating the PSA Group. In 1978, PSA purchased the failing Chrysler Europe (leading to losses for the consortium from 1980 to 1985), though the production of Talbot-branded passenger cars was shelved in 1987. In 2012, PSA formally announced the creation of a major alliance with General Motors (GM), as part of which GM became PSA's second-largest shareholder, after the Peugeot family, with a holding of 7%.

In addition, the report provides information concerning PSA's position on its key markets