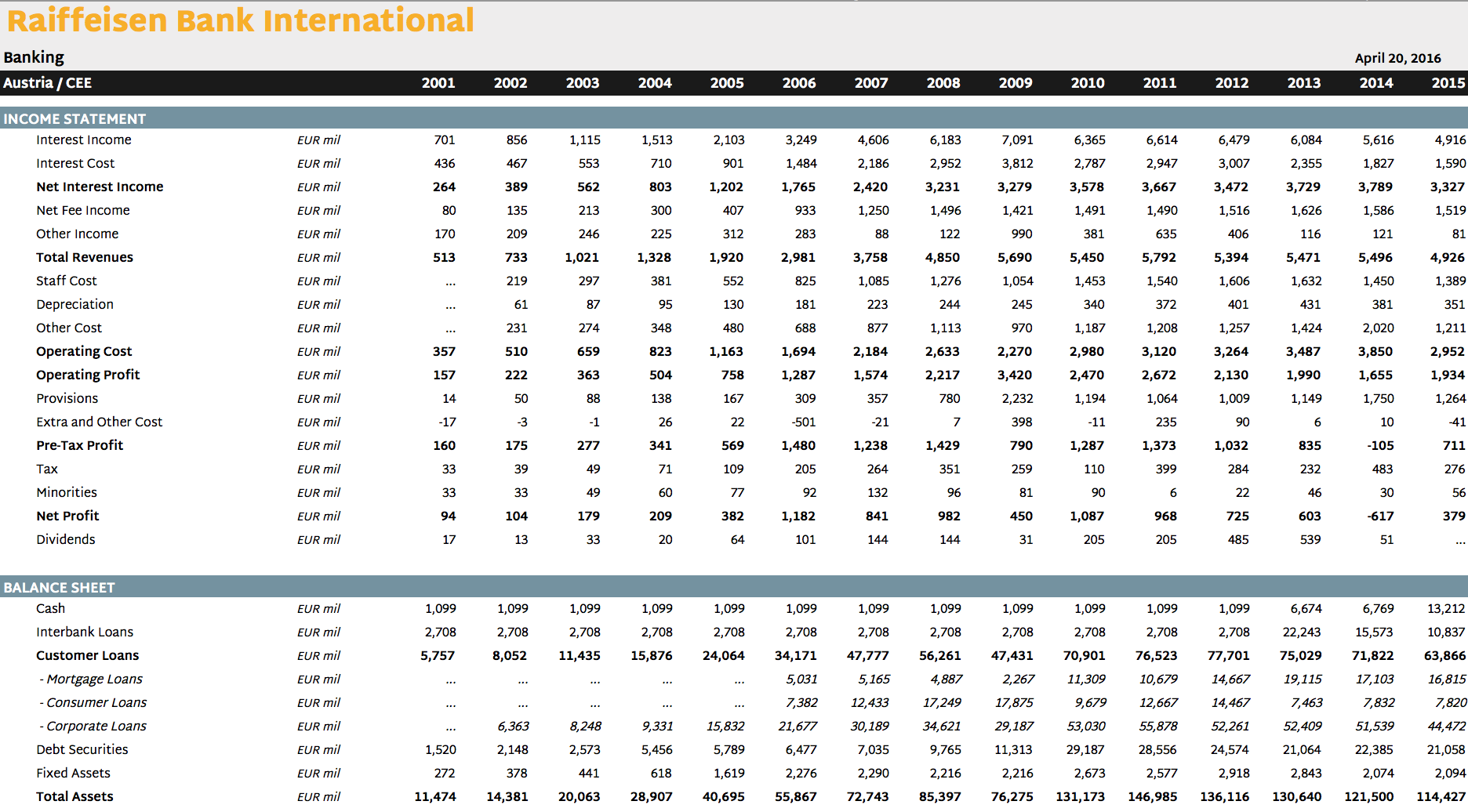 This Statistical Dossier offers a summary of Raiffeisen Bank International's performance between 2001 and 2015 on an annual basis. The report can be downloaded in Excel file format.

You will find here all the key numbers from the bank's balance sheet, income statement and the main ratios related to the bank's business such as asset quality, capital ratios, number and cost of employees or a detailed breakdown of some of the Bank's businesses such as its loan portfolio.

If you want to see more reports about the Bank, please, go to the Bank's Reports Page.

Raiffeisen Bank International is an Austrian bank that focuses on corporate and retail banking sector. From a relatively small bank in a country of 8 million people, the bank has grown into one of the biggest players in the region of Central and Eastern Europe (CEE) and the Commonwealth of Independent States (CIS). The bank now operates in 17 different countries, employs about 60,000 people and services approximatelly 14.9 million customers through more than 2,700 branches. RBI's shares are listed on the Vienna Stock Exchange and are majority-owned by RZB, which is a central institution of the Austrian Raiffeisen Banking Group, the country's largest banking group